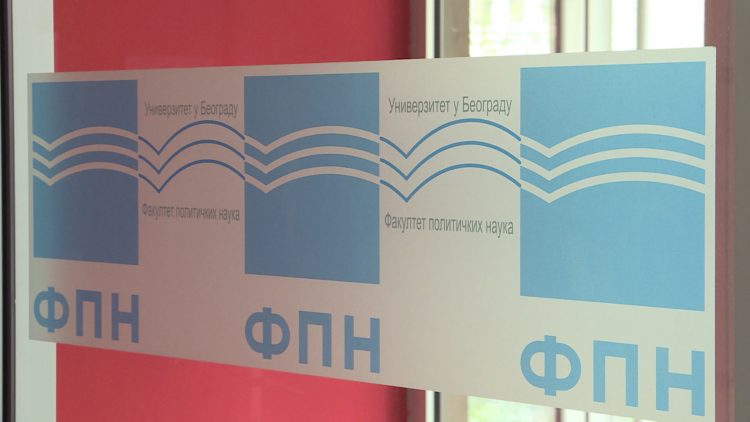 Belgrade University students called the School of Political Sciences (FPN) administration to react to what they said is an attempt to suppress its autonomy.

The students said in a statement to the administration that it has to react immediately to the government’s decision to appoint Culture and Information Minister Maja Gojkovic and European Integration Minister Jadranka Joksimovic to the FPN Council. The students gave the FPN administration an April 16 deadline to respond to their demand before launching what they said would be radical activities. Both ministers are senior officials of the ruling Serbian Progressive Party (SNS).

“We realize that the FPN has no legal recourse to dismiss the ministers but we are demanding a reaction and protection of its autonomy because we view this as an attempt to suppress its autonomy by the SNS and (President) Aleksandar Vucic. There has been pressure on the FPN for a long time but this is the culmination and we view the appointments are destruction,” student Aleksandar Aleksic told N1.

Fellow FPN student Vladimir Radisic said that the Council should be an objective body meeting the needs of the students. “The Council should represent us and show integrity, not like Maja Gojkovic who has changed five parties,” he said.

The student statement said that Joksimovic’s appointment is a conflict of interest because she is doing her doctoral thesis at the FPN.