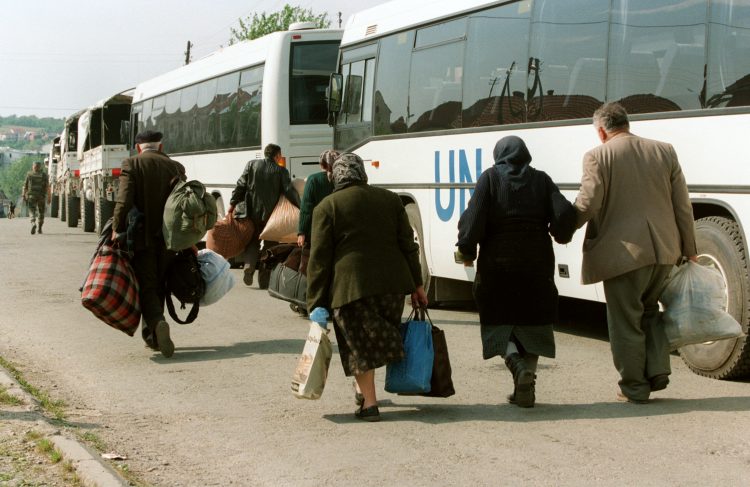 The Croatian military-police Operation Storm began on this day in 1995. In Serbia, its anniversary is marked as the Remembrance Day for killed and expelled Serbs while Croatia celebrates Victory and Homeland Thanksgiving Day.

In Serbia, August 4 is marked as the day when the offensive of the Croatian army and police and Croatian Defense Council in the regions of Banija, Kordun, Lika and northern Dalmatia, that is, the then Republic of Srpska Krajina, marked the beginning of the military-police Operation Storm which led to the exodus of over 200,000 Serbs from Croatia.

Croatia celebrates August 5 as a state holiday, the day when the Operation Storm ended with the entry of the Croatian army into the practically deserted city of Knin and the raising of the Croatian flag at the Knin fortress. Croatia regained control of the last parts of its territory held by the Serbian army units. Since 2000 this day is also celebrated as the Croatian Armed Forces Day.

The main commemoration marking the Remembrance Day for Serbs exiled and killed in the operation Storm will be held on Thursday evening at the main city square in Novi Sad, and will be attended by Serbian President Aleksandar Vucic.

A memorial service for the victims of the 1995 Operation Storm was held Thursday in the Church of St. Mark in Belgrade. The priests told the assembled people not to grieve, adding that “those who are celebrating today actually have reason to mourn.”

The Operation Storm is considered to be one of the cruelest ethnic cleansing operations in former Yugoslavia.

According to the information of the Serbian Commissariat for Refugees and Migration, some 200,000 Serbs were expelled and approximately 1,700 killed during and after the Operation Storm, while 700 are still missing.

According to the estimates of Croatian non-governmental organizations and associations, over 600 civilians were killed and more than 22,000 houses were burned during and after the operation, while some 150,000 Croatian citizens left the country at the time, whose return was systemically made difficult and impossible for years.

The Hague Tribunal indicted three Croatian generals, Ante Gotovina, Ivana Cermak and Mladen Makrac for crimes against civilians in the Operation Storm. Gotovina and Markac were sentenced to 24 and 18 years in prison, but were acquitted a little over a year later and released.