Zvizdic: Serbia will not decide about Bosnia's border

The border between Bosnia and Serbia will not be where Serbia says it will, the head of Bosnia’s Government, Denis Zvizdic, said on Sunday in response to a comment made by the President of the Republika Srpska.

„Those times, when neighbours decided on the interests of Bosnia and Herzegovina, are irreversibly gone and they will certainly not come back,“ said Zvidic, the Chairman of Bosnia’s Council of Ministers (CoM), reacting to RS President Milorad Dodik’s statement on Sunday that „the border will be where Serbia says it will be.“

The discussion on the border came up after the Serb member of Bosnia’s tripartite Presidency, Mladen Ivanic, on Saturday said that politicians in Sarajevo made „a grave mistake“ when they did not agree to discuss the border demarcation with Serbia.

This prompted a candidate for Bosniak member of the Presidency in the upcoming general election, Sefik Dzaferovic, to respond, saying that what Serbia proposed is not in Bosnia’s interest.

The areas where Serbia wants borders to be changed are located in Republika Srpska, and Dodik has a strong grip on the entity. He has been advocating for the secession of the RS from Bosnia for years. He said that, for him, Republika Srpska and Serbia are a single thing.

Dodik is now running for Serb member of the state Presidency in the October 7 election, where he wants to replace Ivanic.

He said that he thinks that what Serbia is proposing is functional.

„What does Sarajevo have to do with that?“ he asked.

Dodik said that politicians in Sarajevo are only hindering the border correction because they formally can.

„It would be better if we wouldn’t hinder each other,“ he said, adding that when he becomes member of the Presidency he will not hinder anyone else’s projects. „And if they try to hinder some of ours, they will face what they have not seen until now.“

But this was met with a strong reaction from Zvizdic.

„Serbia and the Bosnian entity of RS were never and will never be ‘one’, as Dodik is insinuating,“ Zvizdic said.

Dodik’s „populist“ statements represent an attack on Bosnia’s sovereignty, the damaging of neighbourly relations and an intentional provocation, he said. Zvizdic said it was necessary, „not because of Dodik, but because of those that could be seduced into believing in this utopist and senseless statement, to clearly say that it will never be as Serbia says regarding the border between Bosnia and Serbia.“

„Bosnia and Herzegovina is the internationally recognised integral and undivided state of Bosniaks, Bosnian Serbs, Bosnian Croats and others, while the RS is just one of Bosnia’s two entities, created in Dayton (with the 1995 peace treaty),“ he said.

The border will be where Bosnia’s institutions say it will, in accordance with Bosnia’s sovereign interests, he said.

„Dodik knows, but is intentionally silent about it so he must be reminded, that Bosnia and Herzegovina on May 22, 1992, became a member of the United Nations and on that day, from the perspective of international law, any process and discussion on Bosnia’s borders was finished,“ Zvizdic said.

This border can only be changed with the consent of both Bosnia and Serbia, he stressed.

Bosnian Serb representatives would be „better off“ if they would try to turn their efforts toward „concrete integrational activities with the goal of strengthening internal cohesion, improving regional cooperation and continuing the progress on the path toward Euro-Atlantic integrations“ of Bosnia, Zvizdic concluded. 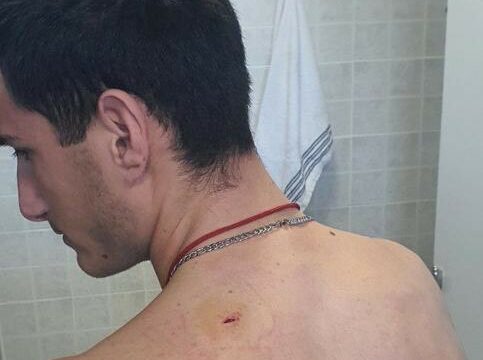