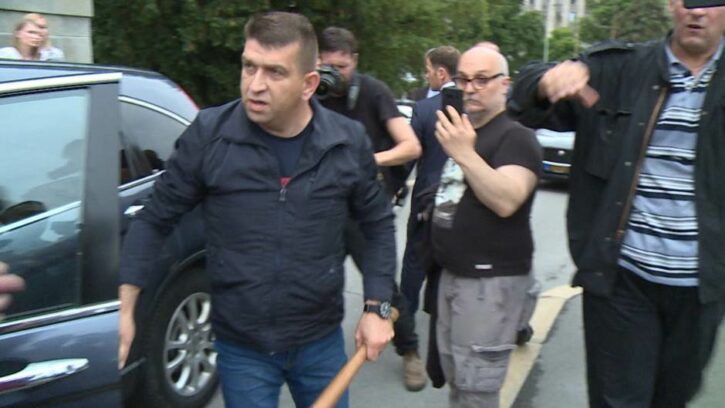 Jugoslav Kiprijanovic told N1 that the driver hit him with a baseball bat in the stomach and hip, but that he jumped down the stairs and avoided a more severe blow.

Kiprijanovic said the Parliament security did not react and that he would file charges against the driver.

According to the Beta news agency reporter, the incident happened when Seselj’s car pushed the Dveri MPs who were waiting for President Aleksandar Vucic with a banner reading „Treason today, prison tomorrow.“

The reporter said that after the car stopped, Seselj insulted the leader of the movement Bosko Obradovic, asking his driver to run over the MPs.

It started with Vucic’s two and a half hours speech in which he said he could not reveal the details of Belgrade’s plan for a solution since „we are not the ones who decide.“

He added that if there was no compromise, it was the question of days or weeks before the Albanians would attack the Serbs in Kosovo.