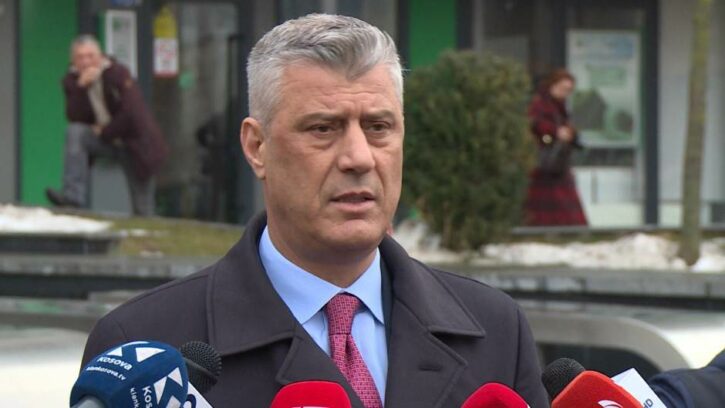 Kosovo President Hashim Thaci said on Tuesday that his Serbian counterpart Aleksandar Vucic’s decision to put the military and police on full combat readiness was a populist measure for domestic use.

President Vucic ordered the Army of Serbia (VS) and police into a state of full combat readiness following the Kosovo police operation against organized crime which included the deployment of the ROSU special forces unit to Serb-majority areas in the north. The media reported troop movements towards Serbia’s border with Kosovo.

“The Serbian President knows full well that he can’t head towards Kosovo. That is something impossible and unimaginable but just in case Kosovo institutions, including the Security Forces have been put on alert. Populist statements are not a threat of war but are for domestic use to get as much sympathy as possible in Serbia,” Thaci said.

Speaking after a session of the Kosovo National Security Council, Thaci said that a Russian had also been arrested in the police operation, adding that “he was masked behind diplomatic status” and was there to obstruct the police.