Vucic on Serbia's new army helicopters: Serbia never had anything like this 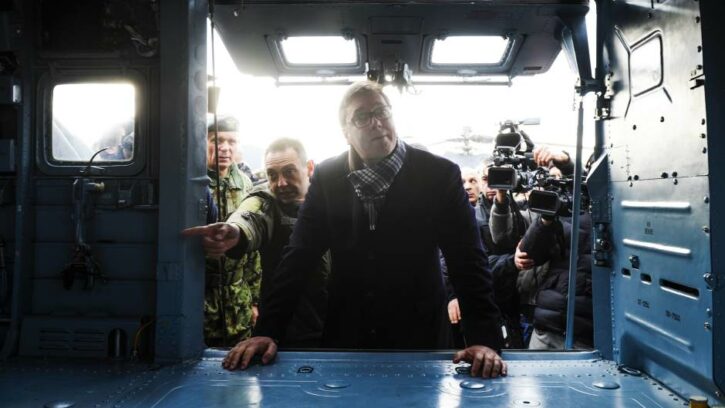 "Serbia never had anything like this," President Aleksandar Vucic said during the presentation of new army helicopters on Saturday at the Colonel Pilot Milenko Pavlovic airport in Batajnica, near the capital.

The new helicopters, the Mi-35M, the Mi-17 V5 and the H-145M, are “the most modern European and Russian military helicopters which are hardly rivalled by any others in the world,” he said.

The helicopters are meant primarily for transport, such as for taking parachute units to assault missions and combat operations, but can also be used for firefighting, he explained.

Vucic also commented on a recent statement by the Kosovo PM-designate, Albin Kurti, who said he “did not want to see him at the negotiation table” in the Belgrade-Pristina talks, arguing that this indicates that Kurti wants to get involved in the Belgrade’s personnel policy.