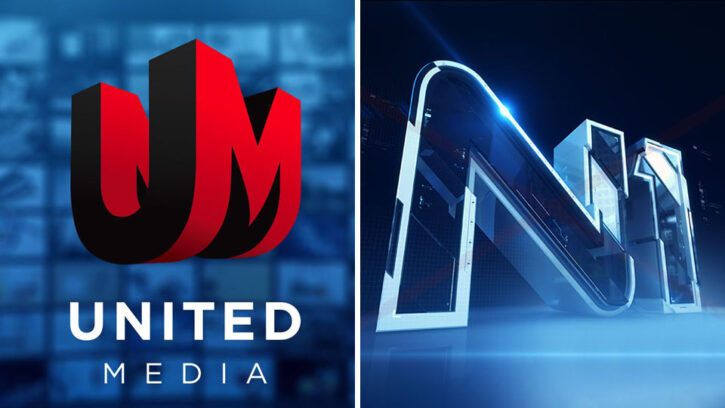 The N1 TV channel and its parent company United Media on Wednesday sent a news release to a large number of international organizations, warning of the lack of transparency in the dispute with the state-controlled Telekom Serbia and its subordinate cable operators which has left more than 300,000 households without access to the cable news channel.

“Serbia’s leading news and information channel, N1, CNN affiliation, has called for fairness and transparency from state supported operators: Telekom Srbija and PostaNet in a dispute which has taken the station off the air to more than 300,000 customers. The state operators’ refusal to accept fair and transparent terms to renew existing carriage agreements has cut the N1 news channel’s total audience by a third in the crucial run up to national parliamentary elections in April,” Wednesday’s news release said.

“N1, which is part of United Media, was suspended in December from PostaNet and in mid-January from Telekom’s cable networks after previous contract arrangements for UMN’s suite of entertainment, sport and information channels ran out at the end of November and December 2019 respectively. The channels had been carried by cable operators Kopernikus and Radijus Vektor but these, along with 6 other cable operators, were taken over by Telekom Srbija in a series of untransparent and unconditional acquisitions in the course of 2018 and 2019 creating pure infrastructure monopolies on more than 50% of the territory of Serbia.

“The choice of pay TV provider for the majority of the households in Serbia is now either Telekom’s IPTV or Telekom’s cable operated under the brand Supernova or state-owned PostaNet. At the same time, all national TV stations are controlled by the open supporters of the government, some of which are even members of the ruling party.

“After the termination of its signal, N1 has extended a public offer to supply the channel at 0.4 Euros per subscriber per month to all Serbian pay TV providers for the term of three years but Telekom Srbija says N1 should be given for free while the dispute continues. The call for free carriage extends not only to the 210,000 lost viewers but also to Telekom’s entire customer base of 800,000 households most of which have never had the channel.

“N1 insists to be treated on equal terms with less popular channels which have Government friendly editorial lines and owners close to the Serbian administration in terms of pricing, while the proposed contract duration of three years is meant to ensure the continuity of public access to objective and balanced reporting of the current events. Without further speculations, free carriage of N1 on all Telekom’s networks can without a doubt give more credibility to the coming elections but without contractual guarantees it can be switched off at any point thereafter.

United Media CEO Aleksandar Subotic said that ‘’N1 has huge support and popularity from our viewers for our unbiased and highly respected news service. We have offered more than fair terms to Telekom Srbija for carriage of N1”. “We can only conclude that preventing distribution is politically motivated. We demand to be put back on the air on fair commercial terms,” she added.

“N1 has urged Telekom Srbija to make public the value of other comparable contracts to verify the fairness of their offer. Telekom Srbija claims that N1 has a low audience rating but that is clearly contradicted by published figures from the Nielsen agency, the only official ratings agency in Serbia, which show N1 as the second ranked cable channel and eighth across all channel genres including the national TV stations.

“N1 has received support for its #letN1beseen campaign from many groups arguing for media plurality in the country.

“The Bureau for Social Research (BIRODI) has published data showing how N1’s political coverage is balanced as compared with other stations in the Serbian News market.

“The Serbian Prime Minister, Ana Brnabic, has accused N1 of spreading ‘fake news’ about the dispute but this is the latest in a series of malicious attacks against the station and its journalists.

N1 News Director, Jugoslav Cosic (who himself has been a regular target for tabloid abuse and misinformation) said that N1 was subject to a “special warfare’’ and that “it is clear that we are in a hostile environment and have become political opponents not the media in the eyes of the government’’.

“Cosic adds that “this is an attempt to soften N1 and push it off track done in the dirtiest of ways by upsetting journalists, introducing anxiety in the context of their futures and families.

“The lack of media plurality and fairness in press and broadcast media has been a prime reason for leading opposition parties to announce a boycott of forthcoming parliamentary elections.

“On Saturday 1st February, a public protest was held in Belgrade with demonstrators calling for an end to pressure on free media in Serbia. Among the rally attendees were several prominent academics who agreed that the moves against N1 were part of a government action to restrict open and critical debate,” the news release said.