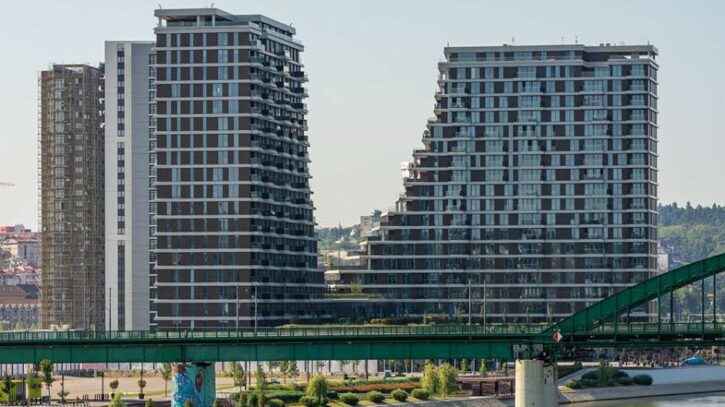 The most expensive real estate sold in Serbia in 2019 was a house in Belgrade’s Dedinje neighborhood, the Republic Geodetic Authority said in a press release on Monday, specifying that the house sold for 4.5 million Euro.

The press release said that the most expensive apartment sold in the Belgrade Waterfront project was worth 1,319, 888 Euro, or 8,683 Euro per square meter. It added that an apartment on Obilicev Venac in the very heart of the Serbian capital was sold for more than 6,000 Euro a square meter.

The Republic Geodetic Authority, which is in charge of real estate records for the whole country, said that payment is made in cash in almost 70 percent of sales with just 30 percent of housing bought with loans.

The press release said that farm land is also in demand, adding that 4.8 million Euro was paid for 559 hectares of land in the Novi Becej municipality in Vojvodina. The highest price of 100,000 Euro per hectare was paid in the Backa Palanka municipality.

The authority said that more than 100,000 properties were put up for sale across the country in 2019 with a 16 percent rise in the number of newly built housing sold and a two percent drop in the sale of older housing. The total value of the real estate market in Serbia in 2019 stood at more than 4.1 billion Euro or 12 percent higher than a year earlier.

Almost 2.2 billion Euro was recorded in sales of real estate in Belgrade, 470 million in Novi Sad, 111 million in Nis, 78 million in Subotica, 65 million in Kragujevac, 54 million in Pancevo and 38 million each in Zrenjanin and Novi Pazar, with 1.9 billion Euro going into housing sales. Sales in Vojvodina accounted for 35 percent of the total and 26 percent in Belgrade.