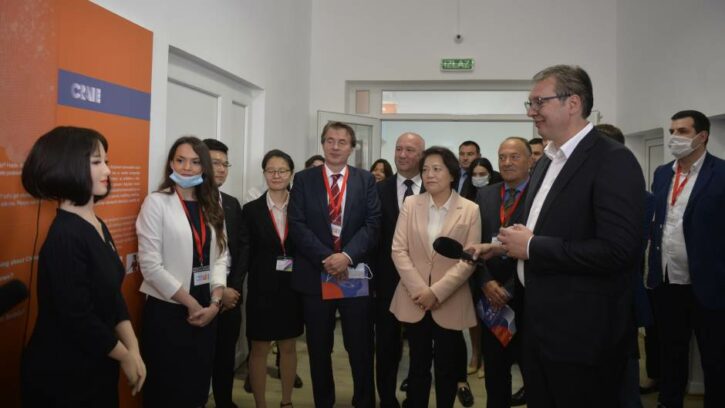 While touring the Center for Robotics and Artificial Intelligence in Education (CRVIO) in Belgrade on Monday, Serbia's President Aleksandar Vucic exchange a few words with Ema, a humanoid robot made by Chinese experts, and said his country understood that the digital education and artificial intelligence were the roads to future, the FoNet news agency reported.

Vucic asked Ema why she came to Serbia, and she replied that the country had a rich tradition and that she came to improve education in Serbia with the help of modern Chinese technology.

The President also said that the Centre looked unreal and announced the construction of such facilities in the northern city of Novi Sad and a central town of Trstenik.

„We want to implement new technologies,“ he said, adding that „4,000 people will be trained in the Centre.“