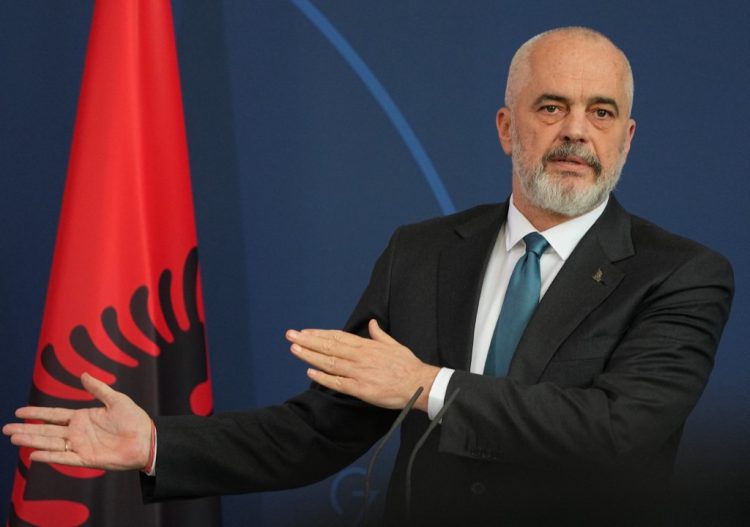 Albanian Prime Minister Edi Rama said that Albanians’ relations with foreigners have never been better and that Kosovo will be recognized sooner rather than later.

Speaking at a joint session of the Albanian and Kosovo parliaments in Tirana, Rama said he does not believe there are many of those who can say they knew that Albanian would be an official language in North Macedonia on the 110th anniversary of Albania’s independence.

He described relations between Kosovo and Albania as “more than excellent” adding that, even though they are “two states”, they are “united by one heart.”

“I believe that its (Kosovo’s) final recognition will come sooner rather than later and that Kosovo will not wait as long as it has since declaring its independence to be finally recognized internationally,” said Rama.

„Also, I don’t believe there were many who could have guessed that the day would come when Montenegro would have an Albanian prime minister. The rights of Albanians are multiple times greater than ever,“ said Rama.

He said relations between Albania and Kosovo are not only excellent, but that they are more productive than ever.

Kosovo Prime Minster Albin Kurti called for the strengthening of cooperation between Albania and Kosovo and invited their governments not to meet only on holidays, but to work together more often and accept mutual criticism.