Ambassador Hill: I would like to see a pro-West government 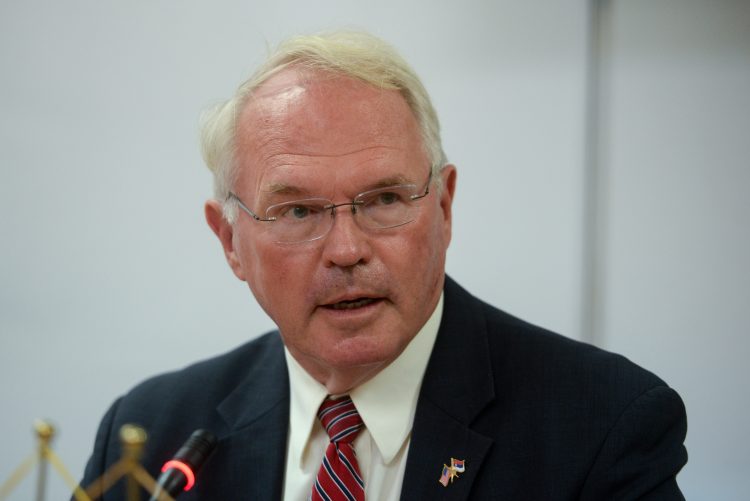 US Ambassador to Serbia Christopher Hill said that he would like to see a Western-oriented government in Serbia and ministers who believe in strategic directions which, he believes, the citizens voted for, Beta reported.

Ambassador Hill added that Serbia must turn to the West and that there are no other options left.

This is what I would like to see, and I understand that putting together a government is complicated, Hill said in an interview with Blic, adding that when asked in the past to give suggestions regarding positions in the government, he was often wrong. I don’t tell governments who to appoint and to what position, said Hill.

The Ambassador said that we live in important and critical times that call for many important decisions to be made, like those on energy.

I would like to see a government capable of overcoming these challenges and which wants to go towards the West. It is very clear that this is what people in Serbia chose, Hill said.

Commenting the statement that “the US is one of the more powerful kitchens” in which the selection of new ministers “is cooked”, that the US influences the future make-up of the government, Hill said it is “difficult to cook in someone else’s kitchen,” Beta reported.

The Ambassador said he tries to stay away from other people’s kitchens, that he does not interfere in the election of governments, that he speaks his mind if asked for his opinion but that the last time he checked, his passport clearly said that he is from the USA.

Asked to what extent the crisis in Ukraine is affecting relations between Serbia and the US, Hill said that he thinks it both opens challenges and possibilities, like all crises.

When it comes to challenges, I know many Serbs feel they are in a tight spot, but I also think that, when many of them are concerned, this has been decided and they think that Serbia has to turn to the West. Serbia does have to turn to the West, there are no other options left, Hill said.