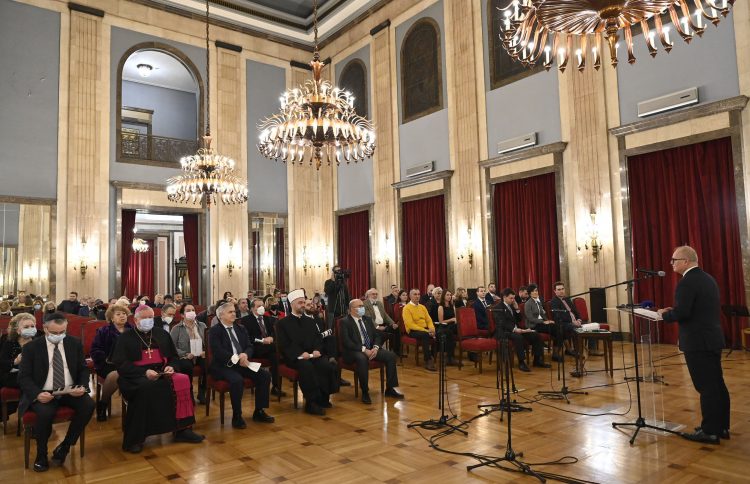 The Belgrade Jewish Community marked its 500th anniversary with a ceremony in the city’s town hall.

Community President Aron Fuks said that the anniversary reflects the story of the Jewish people through the centuries even though there were times when it seemed this day would never come. “There was mention of Jews in Belgrade before the year 1521 but they would come and go. I hope that this is the anniversary of the first 500 years of the Belgrade Jewish Community,” he said.

Deputy Mayor Goran Vesic said that Belgrade has no institutions which have been in place as long as its Jewish Community. “In 500 years, the Jewish Community has made a huge contribution to the development of Belgrade. Many writers, generals, politicians and other prominent members of society were Jews. When Serbia went to war, the Jews donned uniforms with their neighbors. Today, a walk through the Jewish cemetery shows the history of Serbia which says enough about the ties between Serbs and Jews,” he said, adding that the Jewish Community has been increasingly present in society along with the improving Serbia-Israel relations.