Bieber: Merkel has supported Serbia’s undemocratic regime to some extent 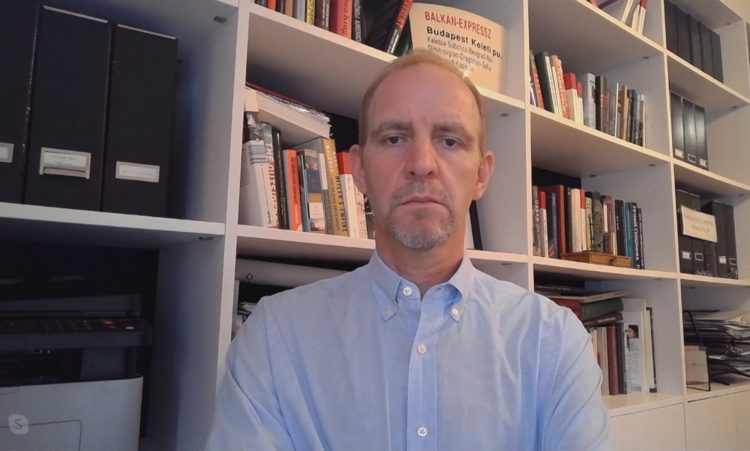 Angela Merkel, the outgoing German Chancellor, has to a certain extent supported the authoritarian, undemocratic development in the Western Balkans, particularly in Serbia, Florian Bieber, a professor at the Graz University's South-eastern Studies, said on Tuesday.

He joined critics from within and outside Serbia who accused Merkel of backing Aleksandar Vucic’s regime seen by some other foreign politicians and local opposition as far from being up to the democratic standards.

„She (Merkel) was not critical enough about the crisis of democracy in Serbia and Vucic,“ Bieber told N1, commenting Chancellor’s farewell visit to Belgrade.

He adds the visit per se is not a support but means Merkel sees Serbia as an important country and that thus it is vital to visit it.

Bieber said that from the German perspective, it has always been clear the outcome of the Belgrade – Pristina dialogue on the normalisation of relations would be some Serbia’s recognition of Kosovo.

However, he added the problem was in what the European Union could offer Serbia and Kosovo as a reward for the end of negotiations.

According to him, the EU could not offer ‘a fast membership’ because some countries could bloc either Belgrade or Pristina and because the state of democracy in Serbia was so problematic.

Bieber believes that Merkel’s policy in the Western Balkans has some good points but that she „hasn’t been fully engaged.“

According to Bieber, the Berlin Process is not a flawed initiative but is not deep and strategic enough to change negative trends in the region.

Contrary to Merkel, who said Vucic stood by his promises, Bieber said the authorities in Serbia made pledges and then turned to another side.

He added the harmonisation with the EU foreign policy was not as necessary as domestic reforms. But, judging by Belgrade foreign policy, it could be seen that Serbia was not ready to do whatever was needed to align the country with the bloc.

Bieber said Albania and Serbia were key countries in the Western Balkans, mainly because of the Open Balkan initiative. According to him, Vucic and Albanian Prime Minister Edi Rama are the strongest leaders in the region. Still, the visit to them sends a problematic message that they are more masters than politicians, the professor says.