BIRODI: Vucic, his party got twice more votes from MTS than from SBB users 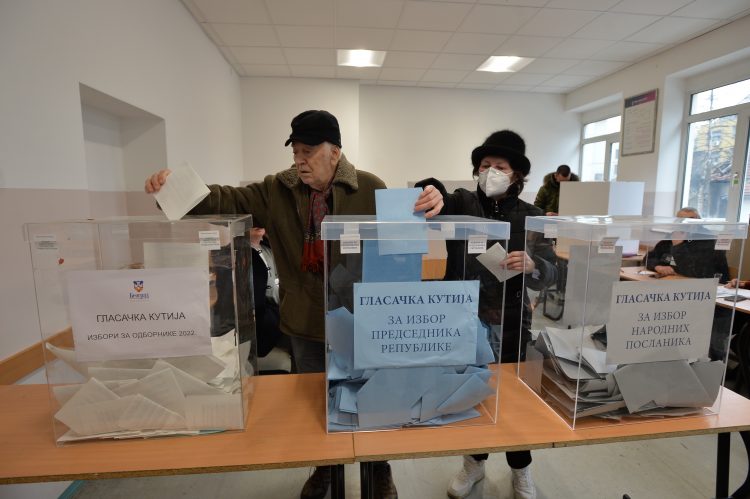 In two thirds of the cases, that is, 64 percent of people in Serbia who have MTS as their cable television provider voted for Aleksandar Vucic in the presidential elections, while only 31 percent of the SBB cable operator users gave their votes to the old-new President of Serbia, show the results of a research conducted by the Bureau for Social Research (BIRODI) that Voice of America (VOA) had access to.

Serbian President Aleksandar Vucic’s strongest opponent Zdravko Ponos was supported by 15 percent of MTS users and by 36 percent of SBB users, while it is interesting that SBB viewers also voted in large numbers, 16 percent of them, for Milos Jovanovic of the New Democratic Party of Serbia (New DSS), compared to the nine percent of votes that he got from MTS viewers, Voice of America reported.

“In the parliamentary elections the respondents who have MTS, that is, Telekom in their households voted significantly more for the parties in power, while the opposition got considerably less votes from MTS viewers. On the other hand, in the case of SBB, we have the fact that the government got quite a few votes, however, when you look at the diversity of electoral lists’ votes – they are much greater on SBB, regardless of whether these are pro-Europe or anti-Europe oriented parties, those in favor or those against the recognition of Kosovo. Simply, the diversity of parties on SBB was much greater than on MTS,” said BIRODI Program Director Zoran Gavrilovic.

Gavrilovic said the biggest difference is that regarding the We Must opposition list of candidates – only 2.5 percent of MTS users gave their vote to this political option, which was backed by 13.8 percent of SBB users.

“The people who have MTS in their homes are less tolerant of democracy, they prefer a firm hand. What our research also showed is that MTS users support the government to a greater extent, as opposed to the SBB users,” Gavrilovic told VOA, adding that now everything is in the hands of the Regulatory Authority for Electronic Media (REM).

“All this is an indicator that we live in a divided society and a signal that REM should start doing its job, that it should conduct an audience survey, do in-depth, broader research, which is its obligation under the Law on Electronic Media, Article 22. So we determine what the media situation is like and whether the media, with their reporting and media activities, are tearing Serbia into two parts,” Gavrilovic said.

In his opinion, this research also shows why the government is trying so hard to reduce the viewership of SBB as a cable television provider.

“I am sure that the questionnaires put together by agencies for the needs of the governing party also include this question, and they certainly know it too. However, it is obvious that this question and the presentation of these results in the public is not a very favorable one, and they are being silent on this and they are not releasing them. We decided to do this research and to go public with it because, simply, if there is no publicity and freedom of media, then public opinion research become a mechanism for the legalization of censorship and self-censorship in a society,” said Gavrilovic.

The research was carried out before the award of national broadcasting licenses – from July 28 to August 14, while the field survey, done on a sample of 1,128 respondents, was conducted by the Sprint Insight agency.