Borrell invites Vucic, Kurti to a meeting in Brussels 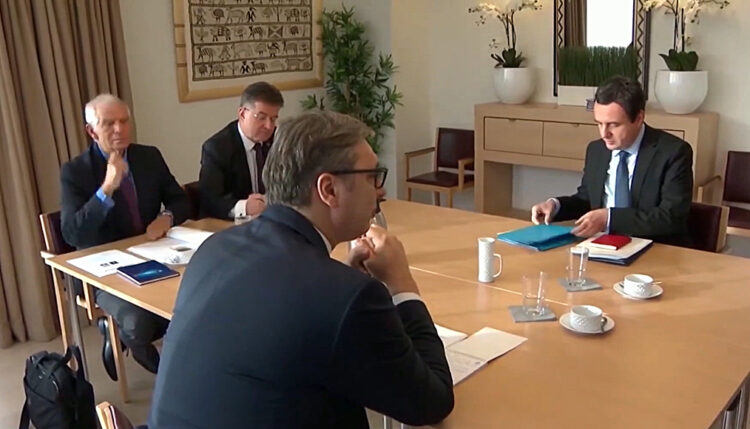 European Commission spokesperson Peter Stano said European Union (EU) High Representative for Foreign Affairs and Security Policy Josep Borrell has invited Serbian President Aleksandar Vucic and Kosovo Prime Minister Albin Kurti to a meeting in Brussels, while the date of the meeting will be released at a later time.

We have said on several occasions that there will be a meeting between President Vucic and Prime Minister Kurti, the High Representative has already invited them both to come to Brussels and we shall give you the exact date as soon as it is known, as always, said Stano.

Borrell said on Tuesday that the latest version of the proposal for an agreement in the dialogue has been sent to Belgrade and Pristina. The High Representative declined to comment on its content but said there is no deadline for reaching an agreement.