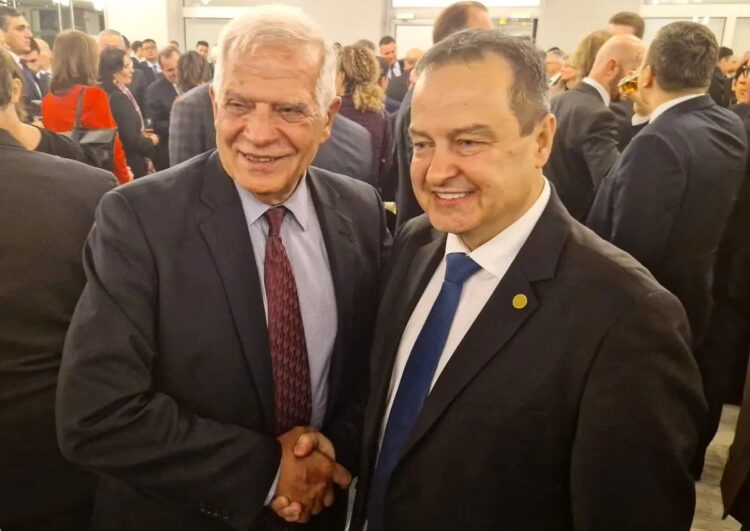 A European Commission press release quoted Borrell as saying that he is looking forward to continued progress in implementation of reforms and commitments taken in the framework of accession negotiations, including on rule of law and media freedom. “He also welcomed Serbia’s steps towards aligning its visa policy with the EU,” it added.

Dacic said that the officials he met in Brussels, including Borrell, understood that UN membership for Kosovo is the red line Belgrade won’t cross. “They said they don’t want to deal with the daily conflicts in Kosovo… but see an agreement which would firmly guarantee peace and stability,” he said.

“The HRVP stressed the EU’s strong expectation towards Serbia, as candidate country, to stand with the EU on foreign policy positions and decisions, in line with its strategic choice of EU integration,” it said.

We discussed #Serbia’s EU path and the importance therein of CFSP alignment and the Belgrade-Pristina Dialogue.

“Borrell reiterated the need to overcome the permanent crisis management (in Kosovo), and therefore expected constructive engagement on the EU’s recent proposal on normalization of (Belgrade-Pristina) relations. He took positive note of President Aleksandar Vucic’s public intervention on this issue yesterday. The High Representative further underlined the importance for both parties to fully implement all pending Dialogue obligations, including the establishment of the Association/Community of Serb-majority municipalities,” the press release said.