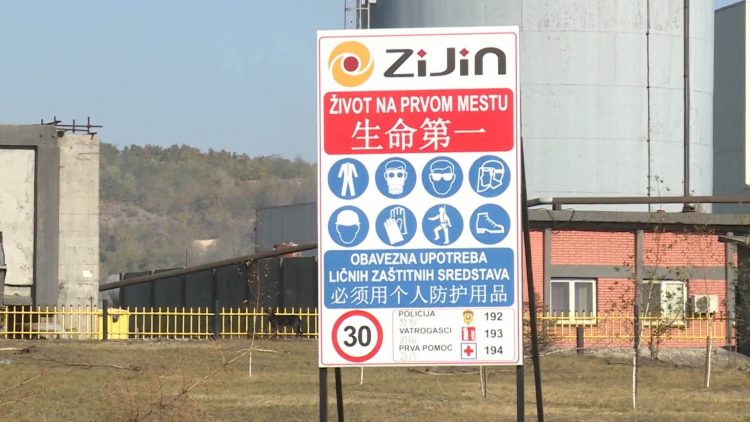 The Chinese 'Serbia Zijin' company said on Wednesday it invested in technology and environmental protection and respected the laws and contractual obligations in the host country.

The company’s statement, coming after Regulatory Institute for Renewable Energy and Environment (RERI) demanded an inspection of its work, said it invested more than 1.2 billion dollars in modernising the process in the former RTB Bor Mining Complex in eastern Serbia. More than 170 million dollars had been invested in environmental protection, while 455 million had been invested in the Cukaru Peka project so far.

However, last year in Bor, the level of arsenic was 265 times higher than allowed. RERI and researchers from Bor requested a special inspection of Zijin, the Institute’s legal advisor Ljubica Vukcevic told the FoNet news agency earlier on Wednesday.

She added the request was submitted due to the suspicion that Zijin operations polluted the air and warned that arsenic was dangerous to human health and could cause various diseases, such as lung or bronchial cancer.

Last April, a Zijin mine was shut down by inspectors because it was polluting the environment.

In 2019 and 2020, the Bor residents and environmentalists protested several times over Zijin pollution.

Last August, dried riverbeds and dead fish lying on bare stones were reported on the Zlotska River near Bor.

A year before, Serbia’s Environmental Protection Agency, SEPA, reported that sulfur dioxide (SO2) levels were almost three times higher than permitted in Bor.