Chollet for N1: CSM will not be like Republika Srpska 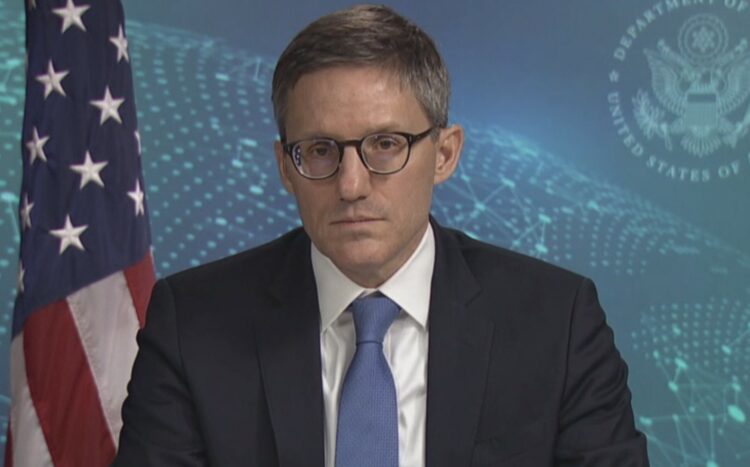 It is important to the US that the Community of Serb Municipalities (CSM) is formed, we believe that it is consistent with the Kosovo Constitution, but there is a big difference between Republika Srpska and the future CSM, said US Department of State Counselor Derek Chollet.

“I want to be very clear, this is not some arrangement like Republika Srpska in Bosnia,” Chollet told N1.

He declined to discuss the details regarding the possible competencies and powers of the CSM, adding that these details have to be “ironed out” through dialogue.

Asked to comment the media speculations on the so-called Franco-German proposal, which, according to Serbian President Aleksandar Vucic, includes some form of recognition of Kosovo’s independence, Chollet again said that he did not want to discuss the details.

„The US fully supports this EU-facilitated EU-led dialogue, which is seeking a normalization rooted in mutual recognition,” said the US diplomat.

Chollet said the European proposal is a very good basis for negotiations and that it is flexible.

Regarding the possibility of Kosovo’s membership in the United Nations, when asked how this will be achieved since Russia and China are opposed to it, Chollet said it will be tough, but that the US will continue to push on this issue.

Efforts to try to de-recognize Kosovo in the international community are a distraction and a waste of time and energy, he said.

Chollet said the US was very concerned about Russia’s influence in the Balkans.

“Russia has shown, over the last several months, and, frankly, over the last several years, that it is willing to use its energy resources as a tool to try to assert its influence throughout the region in negative ways, we believe, for the region,” said the US diplomat, adding that Moscow has shown its true colors, and that the entire world needs stand together against what Russia has been doing in Ukraine.

Asked to comment on media freedom, Chollet said the US is always focused on this issue and that it will continue to address it, which, he said, was one of his messages during his latest visit to the region.

“Media freedom is a priority for the US in all corners of the world,” said Chollet.