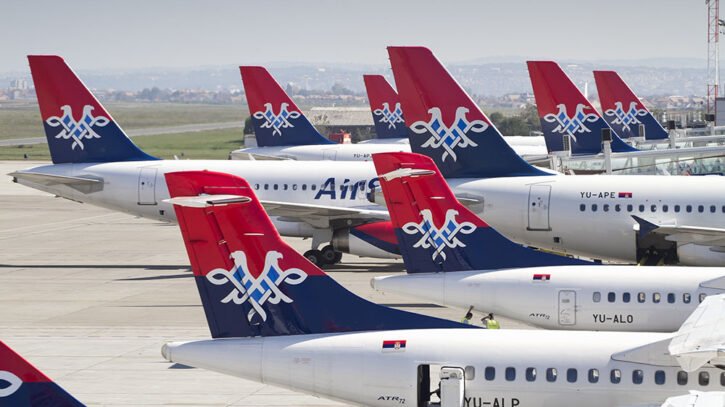 Belgrade daily Politika said that Air Serbia will reduce the number of its flights between Belgrade and Moscow to levels before Russia invaded Ukraine due to pressure from Europe.

According to the daily, Air Serbia will have 8 flights a week to Moscow and two possible charter flights to Sankt Petersburg. It said that all flights have been sold out in March. “One way tickets at 140,000 Dinars (1 Euro – 118 Dinars) appeared on the Air Serbia portal on Tuesday morning and were sold out in minutes. Tickets are available in mid-April at prices of 27,000 to 42,000 Dinars,” the daily said.

Politika said that Serbia is the only country whose national airline can fly to Russia following the imposing of European Union sanctions on Moscow over the invasion of Ukraine.

Air Serbia flights to and from Moscow have been forced to land following bomb threats on at least 4 occasions. According to some sources, Air Serbia was left as the only airline flying to Russia to provide a way out of the country. Ukrainian sources have accused the airline of profiting from the war.