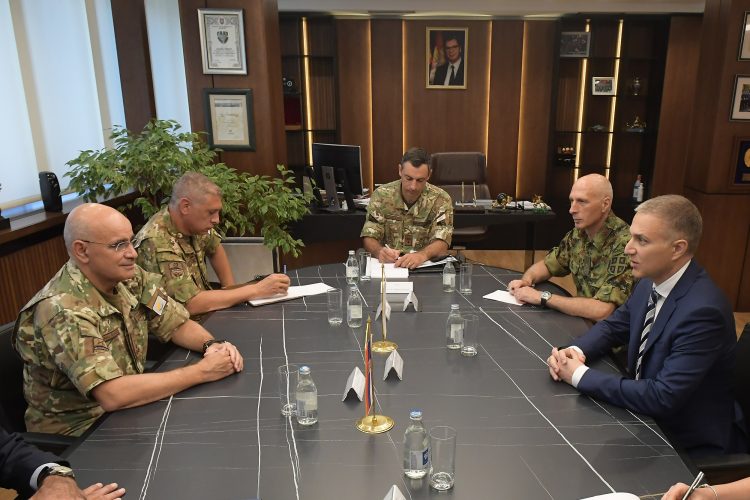 Serbian Defense Minister Nebojsa Stefanovic told a delegation of the Cyprus National Guard that he hopes the two countries’ military cooperation will result in the purchase of weapons and military equipment.

Stefanovic told National Guard commander Lieutenant General Dimokritos Zervakis that Serbia is helping keep the peace and find a long-term sustainable and acceptable solution by contributing troops to the UNFICYP multinational operation in Cyprus, the Defense Ministry said in a press release.

It said that the minister and the general said they were committed to developing defense cooperation, and quoted Stefanovic as saying that the best way to achieve interoperability and improve military capacities is through joint exercises, especially in the increasingly complex challenges at global level.

General Zervakis is quoted as saying that Cyrpus “remains firm in its principled stand to not recognize so-called Kosovo”. He added that it is important to support each other in protecting sovereignty while Stefanovic said that Serbia firmly supports the territorial integrity and sovereignty of Cyprus.