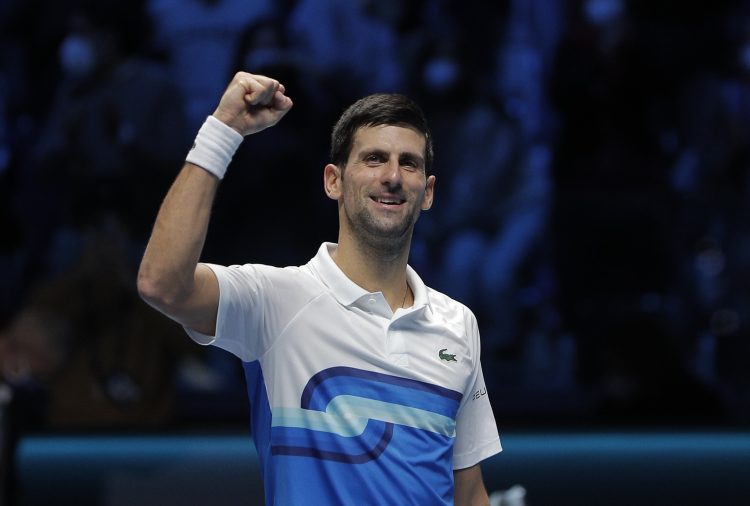 World's best tennis player Novak Djokovic shared a photo on his Instagram account showing the blocked roads in Belgrade during the environmental protests that were held throughout Serbia on Saturday, but following huge reactions, clarified on Monday he was not in favour of either "position" or "opposition," adding the air quality in Serbia was worrying in last decades.

“Clean air, water and food are crucial for health. Without that, every word about ‘health’ is superfluous,” reads Djokovic’s post on Instagram.

In addition, Djokovic wrote that “nature is our mother.” 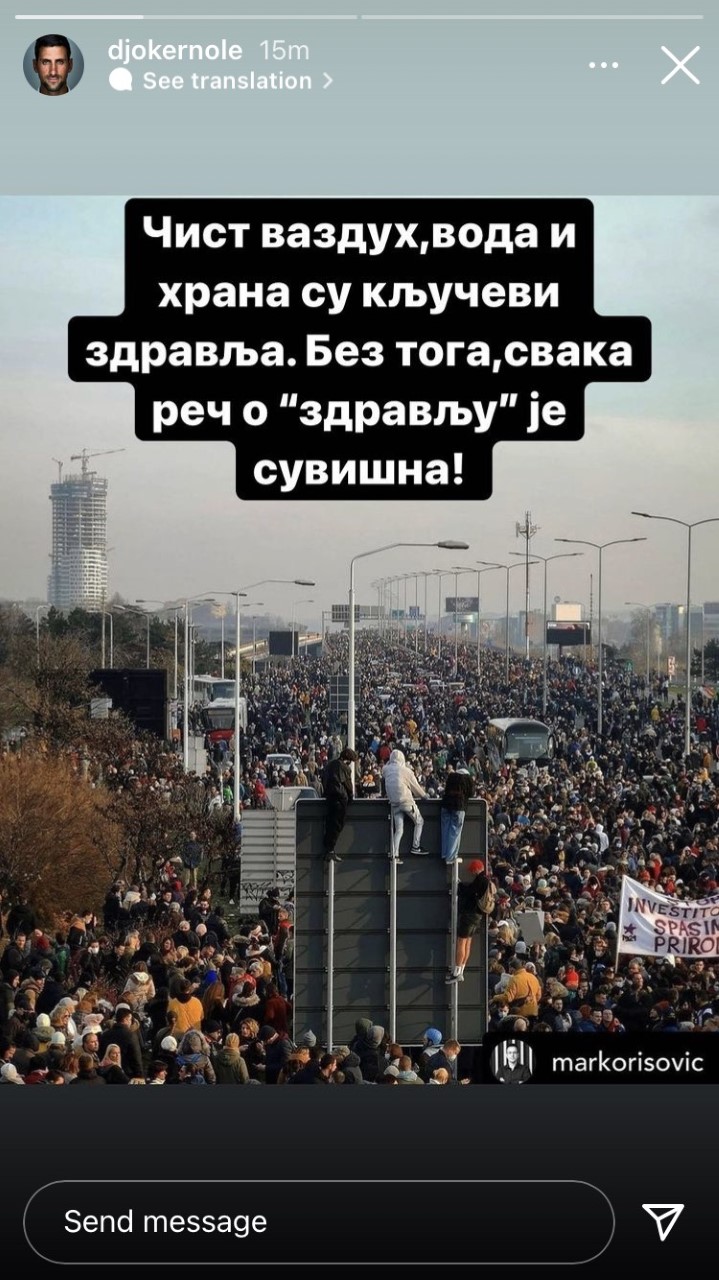 “Let’s spend more time in nature. It makes our lives richer,” he added.

He said the quality of water and food in the country was also under question.

On Monday, he published a new post saying that he was aware „there are other demands heard at the protest which have a political connotation. I want to distance myself from „position“ and „opposition“, political currents of any kind. I always tried to be APOLITICAL. It bothers me that a person cannot emphasise his position and opinion on the essential elements for life and health, such as air, water and food, without being labelled as a leftist, rightist, oppositionist, democrat, progressive, socialist, etc.…

Despite that, I choose to go public and say what I think about certain topics that I think are very important. I have not hesitated in the past to take a stand and fight for tennis players and athletes who need a voice and help from some of the ‘louder names in our sport,“ Djokovic wrote, adding such attitude had cost him dearly, but that he would not change it.

Many other Serbia’s athletes also posted their supports for the environmentalists’ struggle for a cleaner country and against the Rio Tinto lithium mining.

The citizens blocked roads in several cities across Serbia on Saturday over the two new laws on referendum and expropriation, which environmental organisations and the political opposition claim are linked to the Rio Tinto company’s plans to open a lithium mine in western Serbia.