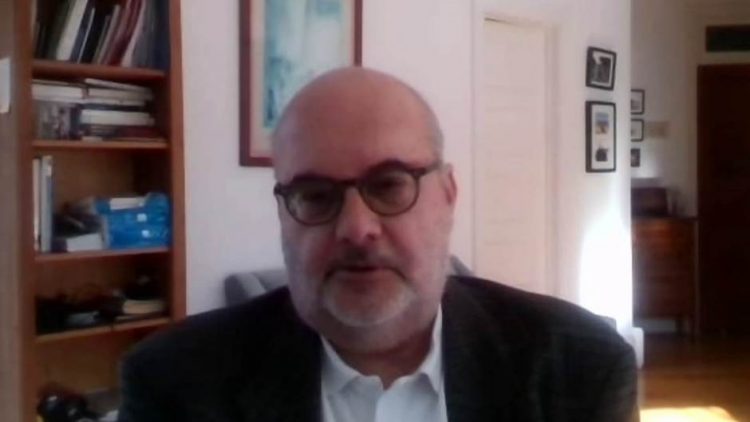 The European Union handed Belgrade and Pristina an undisclosed ultimatum which is the result of years of frustation in EU-Serbia relations, Serbian-American economist Branko Milanovic wrote on Monday.

“The current EU ultimatum, delivered three days ago, to Serbia and Kosovo, whose exact content is unpublished (at the request of the EU delegation) is the result of more than 20 years of frustrations in the relations between EU and Serbia (and also between EU and Kosovo). The essential reason are disappointed expectations. EU has less and less to offer to Serbia and other non-members simply because the membership cannot any longer be promised with any credibility and all other advantages are small. So, the EU can only offer sticks. No carrots. And in Serbia, the support for the EU membership is now consistently below 50%,” Milanovic wrote on his blog.

He said that the EU reminds him of high-school bullies forcing kids to do what they want.

“That’s how the EU comes to Serbia today. … We do not know the text of the ultimatum, but it does not take great imagination to realize that threats must range from the suspension of EU negotiations, elimination of EU support funds, reintroduction of visas, discouragement of EU investors, to possibly additional financial sanctions, ban on long-term lending by the European banks, EBRD and possibly the World Bank and the IMF, and for the very end elements of a true embargo and perhaps seizure of assets,” he wrote.

“The question then becomes: can the country survive such sanctions that may last from five to ten to twenty years? Perhaps even longer,” Milanovic wrote… “One needs to be clear on that fact: rejection (of the ultimatum) means loss for 99% of people to provide some, perhaps illusory, protection for 1%,” he said.

He warned that this would stimulate nationalism, with Russia lending its support to keep the West busy and not focused on Ukraine. “There would be thus an explosion of nationalism. … This would divide the public. Although currently all parties are in favor of the rejection of the ultimatum, and the pro-European parties, having been cheated by Europe many times, have taken a strongly anti-acceptance stance, seemingly stronger than the government, it is likely though that after a few years, the body public would seriously split between the “party of rejection” and the supporters of new negotiations with the EU,” he added and warned that the divisions could result in civil war.

“Since the West would have very few friendly parties to negotiate with in Serbia, and since Serbia is surrounded by NATO members, even a formal occupation of the country by NATO cannot be excluded,” he said.

“The longer the situation lasts, the weaker would be the bargaining position of Serbia,” he said.

Milanovic recalled that Serbia rejected similar ultimatums in 1914, 1941 and in 1999. “These are the antecedents one should keep in mind. They are not very cheerful,” Milanovic said.