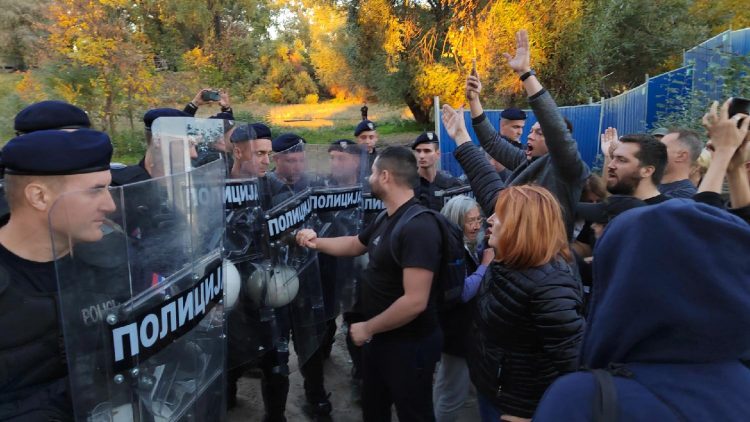 Several protesters were arrested in the northern Serbian city of Novi Sad on Tuesday following altercations with police and workers putting up a fence around a planned construction site.

The environmental activists tried to prevent workers of the China Road and Bridge Corporation (CRBC) from putting up the fence where a bridge across the Danube is planned to be built. The site is surrounded by woods which environmental activists have warned will be cut down. The site of Tuesday’s incidents was at the Kamenicak Ada not far from the Sodros site where, a month ago, activists prevented the deployment of construction machinery owned by the Millennium Team company which is alleged to have close ties to the Serbian authorities.

The situation calmed when Aleksandar Jovanovic Cuta MP who chairs the parliamentary Environment Committee appeared and called his fellow opposition politicians to join him instead of sitting in parliament. He also claimed that the police had beaten up several of the protesters.
Part of the crowd marched to the city’s main police station to demand the release of the arrested protesters.