Environmentalists: Charges if no information about Belgrade landfill fire 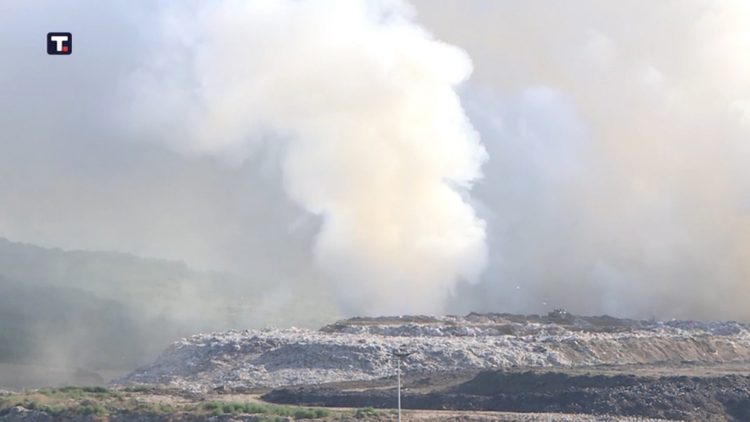 Members of the ‘Environmental Uprising’ movement said on Monday they would file criminal charges against Belgrade authorities if they didn’t share with the citizens all the relevant data about the fire at the landfill in the city’s Vinca district.

As of Sunday, parts of Belgrade were engulfed in thick and smelly smoke from the fire at the landfill.

The landfill has been in place since the late 1970s, taking in thousands of tons of all kinds of waste, including construction waste, every day. The authorities have been announcing plans to upgrade waste disposal with energy production and incineration plants at the landfill site but the idea has not gone past the planning stage yet. The Vinca suburb is also an important archaeological site where experts have been excavating settlements of the Vincian culture for decades.

On Monday, Danijela Nestorovic, a lawyer said told a news conference that the Constitution and laws of Serbia, as well as the international conventions that Serbia had ratified, guaranteed the citizens the right to a healthy environment.

„We call on all city institutions, and especially the City Institute for Public Health, to say what measurements were made (after the fire at the landfill in Vinca), and if not, why not? Whether only PM particles were measured, or everything else that went into the air,“ she said.

According to her, the city institutions should also explain why the citizens „were not informed in time“ about what happened and to what extent their health was endangered, as well as what they should have done to protect themselves and their families.

„A serious mayor, who is a doctor, by the way, must not tell the citizens ‘close the windows if you smell smoke, not even a layman would say that,“ Nestorovic added.

Later on Monday, Zoran Radojcic, Belgrade Mayor, said the extinguishing of the landfill fire had been accelerated and that the entire process could be over as soon as possible. He added that from 8 pm on Sunday to 1 pm on Monday, no increased concentrations of suspended particles in the air were recorded.

Radojcic also said that seven firefighters with three vehicles were still on the ground and that seven machines were pouring the earth into extinct surfaces.

He did not comment on the announcement of criminal charges, neither he mentioned other stuff that went into the air during the fire.

Professor of the Belgrade Chemistry Faculty Dragana Djordjevic said it was estimated that there were 1,000 illegal landfills in Serbia which“occasionally burn.“ She added that the consequences of the Vinca fire were „much bigger“ because that landfill was bigger than the others.

Djordjevic said that Serbia, „unlike civilised countries that sort waste“, did not do that.

„Since all the waste is together at the landfill in Vinca, and the temperature is rising, the gas released from the organic waste is ignited, and since paper and plastic are close, it all starts to burn,“ she said.

Djordjevic added that it was dangerous, because materials such as plastic, rubber, packaging, contain additives which „react in combustion“.

The representative of the National Ecological Association, Milenko Jovanovic said the Government showed negligence and inadmissible attitude towards the citizens regarding the Vinca landfill fire.

He added the problem was not that the fire broke out at the landfill, but that no measurements of hazardous substances in the air were made.

„We did not measure (what has been officially said). That cannot be said, and that is an inadmissible institutions’ attitude towards the citizens,“ Jovanovic said.