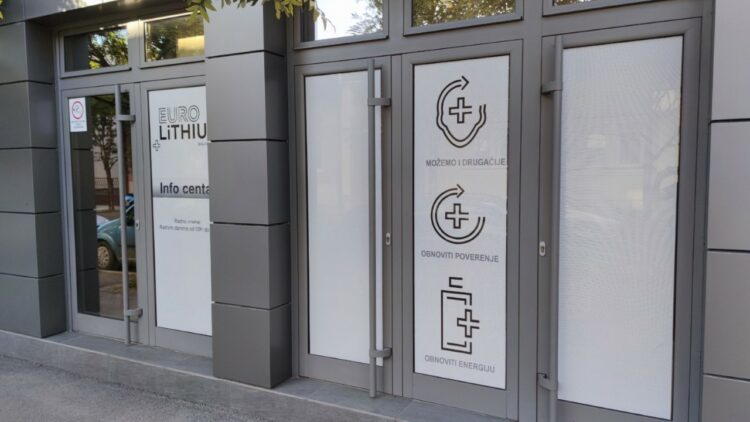 N1 has asked the company Euro Lithium Balkan (ELB) for a comment on the latest Serbian Mining and Energy Ministry’s decision on the ban on the extension of this Canadian-owned company’s geological exploration activities at the site Valjevo North.

In August this year, the Ministry rejected Euro Lithium Balkan’s request for an extension of geological exploration of lithium, boron, sodium, strontium and other raw materials at the location Valjevo North, in the vicinity of the city of Valjevo.

Upon request for information of public importance, the people’s movement Get Out of Kolubara received the decision. The movement’s representative Sreten Djordjevic told N1 that the Ministry’s decision is a big step forward in the struggle of the people of the Kolubara district against the activities of the Canadian-owned company Euro Lithium Balkan in the Kolubara valley and in preventing the opening of mines for the exploitation of lithium and boron.

In its reply to N1, Euro Lithium Balkan said that the Mining and Energy Ministry did not pass a decision on banning geological exploration activities but acted in line with the Law and did not approve the extension of exploration works at the Valjevo North site.

However, said ELB, due to protests and unequivocal threats from several informal organizations and individuals, and solely in order to preserve the safety of our employees and subcontractors, as well as that of the residents who rented us their land lots in accordance with the Contracts, we decided to temporarily suspend the works.

Although we are aware of the fact that, by temporarily suspending the works, we called into question the Ministry’s positive decision, being a responsible company, it was more important to us to preserve safety, said ELB, adding that it did not address the Administrative Court regarding the decision because it was made in accordance with the Law on Mining and Geological Research.

Asked if this means that, once the administrative preconditions for the continuation of the works and the execution of the foreseen 75 percent of the works are fulfilled, the company will again contact the Ministry in order to obtain permission to extend the works in the Valjevo North area, ELB said that the project was submitted within the deadline.