EU’s Borrell to Kosovo’s Kurti: Agreement on CSM should be soon implemented 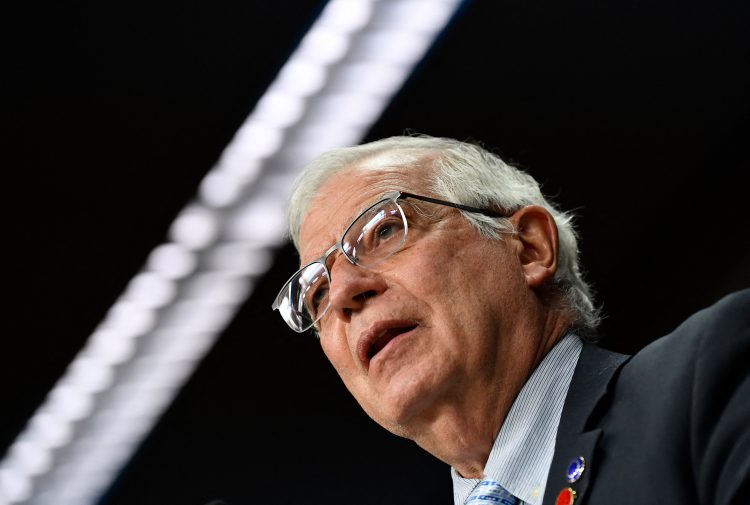 European Union's High Representative for Foreign Affairs and Security Policy Josep Borrell told Kosovo’s Prime Minister Albin Kurti in Brussels on Tuesday that the agreed formation of the Communities of Serb Municipalities (CSM) should start as soon as possible.

Borrell added that the agreement on license plates was a positive sign but said that both sides should implement the Brussels Agreement, especially a part related to the CSM.

Earlier, the Commissioner said there was no point in a new round of talks between Serbia’s President Aleksandar Vucic and Kurti this year since neither side was ready to reach concrete results.

But he added, “the year is still not over,” after the Stabilisation and Association Committee for Kosovo session.

EU relations with #Kosovo remain a top priority. The EU is a determined partner, ready to help advance on the integration path. We welcome Kosovo’s efforts to fight corruption & advance on the rule of law. Speeding up reforms & focusing on the EU-facilitated Dialogue is key. pic.twitter.com/gIlsPHcJYJ

Kurti said the CSM could not be formed since Kosovo’s Constitutional Court declared it unconstitutional and that only Belgrade protested the decision, not a single Serb from Kosovo.”

He added he was a democrat and that the future agreements between Pristina and Belgrade should help the Serbs in Kosovo, “whose Prime Minister I am as well,” and not the politicians from Serbia.

However, Borrell disagreed with Kurti’s reasoning.

“I disagree with you that the Constitutional Court prevents the implementation of the agreements. That was agreed by the representatives of the two governments in good spirit and within the dialogue (on the normalisation of relations) framework. I’m sorry, Prime Minister, but we have to ask for the implementation of that deal. I know there are more unimplemented agreements, but this one is extremely important,” Borrell said.

The European Commission (EC) report for 2022 said that both sides avoided fulfilling the agreements and admitting their mistakes.

Kosovo, it said, did not implement items from the agreement on the judiciary, did not form the CSM, did not issue a work permit to ‘Elektroserver’ power company. Also, there was no implementation of the agreements on land register, university diplomas, freedom of movement, telecommunications.

Serbia still has not set up border crossings; it did not do anything to close illegal crossings. Also, the report recalled that the bridge in the divided Mitrovica town had long been finished but remained inoperative.

The report noted that both sides were involved in the dialogue but needed more efforts to reach solutions.