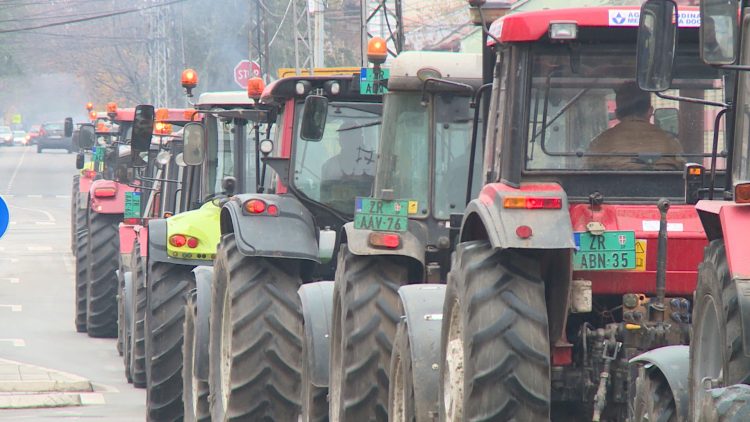 The president of the Association of Agricultural Producers of Banat in Serbia's northern Vojvodina province, Dragan Kleut, called on Monday on farmers from other parts of Serbia to join them in a street protest on February 24, after, as he said, Serbia's Government and President Aleksandar Vucic had ignored their request to discuss burning issues in the sector.

Kleut told the Beta news agency that on February 14, the Association asked Serbia’s Prime Minister Ana Brnabic and Vucic to discuss a request to grant farmers a 200 euros subsidy per hectare, not charge excise duty on fuel and prevent uncontrolled imports of meat and powder milk.

„The Government and the President are ignoring our demands, and that is why we protest over the policy towards agriculture by driving mechanisation through Serbia’s cities,“ Kleut said.

He added that associations from several municipalities in Serbia would organise the protest ride on Thursday.

„It takes about 8,000 euros to buy mineral fertiliser for 32 hectares of agricultural land, as much as I cultivate… Price for everything else has risen by about 30 percent – fuel, seeds, protective equipment,“ Kleut said.

According to him, farmers in Serbia cannot compete with those in other European countries, where subsidies are far higher than in Serbia, where they are about 4,000 dinars (some 34 euros) per hectare for an area of up to 20 hectares.

„The Government gives us 4,000 dinars in subsidies per hectare, and only mineral fertiliser for that area costs 60,000 dinars (over 500 euros). With such state support and prices, agriculture, plant production, and livestock are inadequate,“ Kleut said.