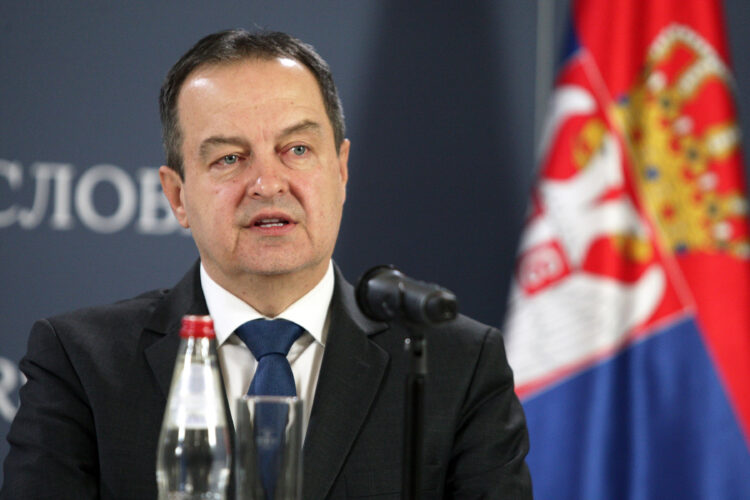 Serbia’s Foreign Affairs Minister, Ivica Dacic, said that Serbia as a country cannot react to the fact that the International Football Federation (FIFA) initiated proceedings against the country’s national team, but said that FIFA’s move was “hypocritical”.

FIFA announced that it has initiated disciplinary proceedings against Serbia’s national team after a flag depicting the territory of Kosovo with the message „No Surrender“ was allegedly hung in the dressing room of the players at the World Cup in Qatar.

„It only speaks of hypocrisy, no one speaks and no one wants football players to be involved in politics, but what is there offensive when someone says there will be no surrender,“ Dacic told TV Prva.

He complained that the Swiss football players were not punished, and that there was no punishment for the drone in Belgrade with the flag of Greater Albania.

„Serbia is an internationally recognized country, a member of the UN, with Kosovo as part of Serbia. What here is not in accordance with international law and what is offensive? This is an indication of how much they have no principles, but double standards. They would never punish Ukraine if it said ‘Donbas is ours’ and ‘Crimea is ours’, what is the difference?“ Dacic asked.

He also said that the western countries that granted Kosovo recognition have no principles, arguing that the same standards do not apply to other countries.