German press: Is BiH on Russian agenda after Ukraine? 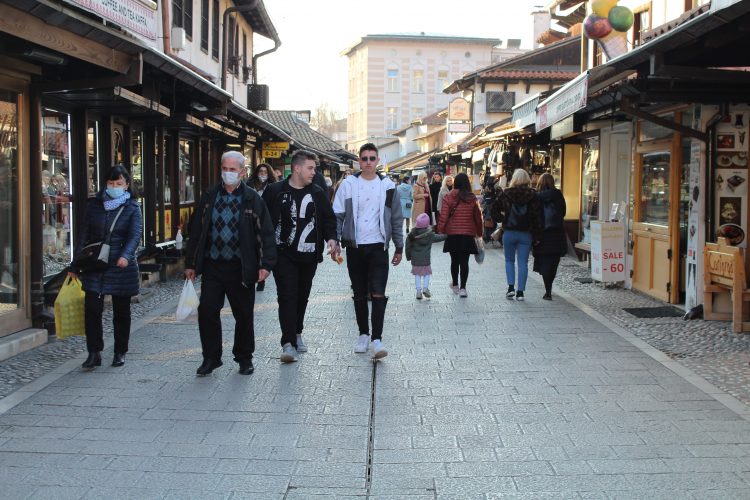 All the world's attention is focused on Ukraine, but Russia's aspiration for power is also focused on the countries of the former Yugoslavia, especially affecting Bosnia and Herzegovina, the German press has reported on Friday.

Die Welt daily says that NATO is arming its southeastern side, as carried by Deutsche Welle.

„The Alliance plans to station a ‘battle group’ under French leadership in Romania this spring. About 1,000 combat-trained soldiers should underline the West’s defence readiness – that is a direct message to Moscow,“ Die Welt said, adding that a robust southeast flank is not in NATO’s interest just because of the Ukrainian crisis.

The article underlines that the Russian strategy of „returning dominance in the lost spheres of influence after the Cold War, one region has so far been overlooked while playing a decisive role.“

„Moscow, across the Black Sea and former members of the Warsaw Pact, Bulgaria and Romania, is targeting the former Yugoslav republics, which are often openly dominated by pro-Russian forces,“ it says, adding „that is especially successful in Serbia whose President Aleksandar Vucic constantly reiterates that „his country will never become a NATO.“

The paper further says that the Black Sea countries Romania and Bulgaria are not necessarily Moscow’s goal, but rather „a possible gateway to the region in the heart of Europe, which the Russian leadership wants to take away from Western influence – the Western Balkans.“

„The best example of that is Bosnia and Herzegovina. They see themselves as the second front of a possible conflict with Russia after Ukraine. (…) Because the powerful Bosnian Serb politician Milorad Dodik is forcing the secession of his Republika Srpska. His policy is partly reminiscent of the ‘Greater Serbia’ ideas, which led to a brutal war of exile against Bosnian Muslims in the Yugoslav wars of 1990,“ Welt writes, stressing that Dodik’s most crucial ally was (Russian President Vladimir) Putin.

„He (Dodik) also has the support of Serbia and Hungarian Prime Minister Viktor Orban,“ the paper added.

„For Moscow, it is understood that Belgrade, because of its history and culture, has the right to influence the colonies in its neighbourhood,“ Gustav Gressel, a security expert at the European Council on Foreign Relations, said. „In the concept of order, the former Yugoslavia is a small post-Soviet space.“

Gressel also describes a scenario in which separatist forces in Republika Srpska would secede from the country.

„Then the soldiers of the European military mission EUFOR would have to reach for weapons,“ Die Welt said.

It added that Russia would insist on its military presence to protect Serb interests.

Asked about a possible link between the attack on Ukraine and conflicts in the Balkans supported by Putin where Russia supported nationalist and anti-democratic forces, including Dodik, Adis Ahmetovic (SPD), the new Bundestag rapporteur for the Western Balkans, told the German Tageszeitung daily, that „we should defend our democratic values everywhere, also in the Western Balkans region. Here, and this is often forgotten, 30 years ago, a war still unresolved, was fought on European soil.“

„What is now reflected in the Balkans also reveals a bit of a crisis in the European Union, because with Hungary, the current leaderships in Slovenia, Croatia and Poland, it is evident that some member states are moving towards autocracy or developing into sympathisers of Russian politics,“ Ahmetovic said.

He added that the first debate on the Western Balkans would be held in the Bundestag in the coming months.

„The issue of Bosnia and Herzegovina must finally be given higher priority,“ Ahmetovic said.