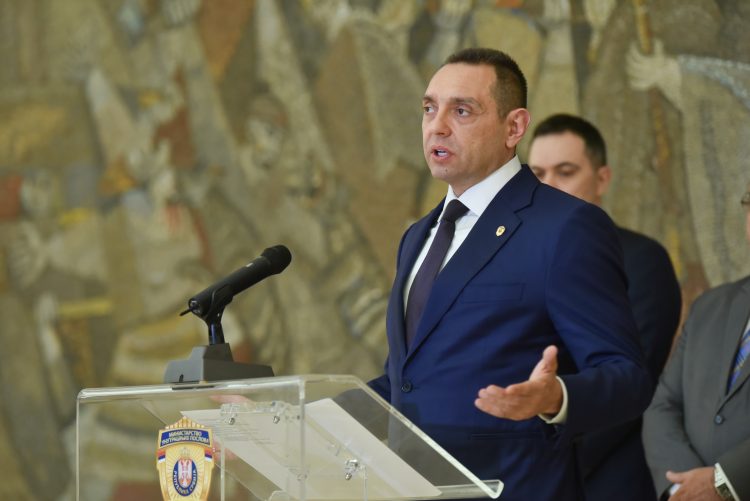 „We have information that they will try to storm polling stations, destroy ballot boxes, show falsified election documents. They will be ready and organised for that, significantly helped by services from our neighbourhood,“ he added but did not specify who he had in mind.

Vulin added there were lists of criminals who should enter Serbia and help prevent the standard election process.

Commenting on that statement, Jelena Djordjevic, a Belgrade Political Science Faculty professor, told N1 on Wednesday it “reminds first of intimidation. It is a method that is well developed, something like the (many times announced as a possibility in pro-regime tabloids) assassination of (President Aleksandar) Vucic. The second message is that all those not (ruling Serbian Progressive Party) SNS are traitors and work for foreign services. Thirdly, this may be a future cover for riots prepared if they (the authorities) do not like the results and the number of people who turn out. That is a criminal statement, dangerous; he spoke as if he was calling for war, not elections. We have to be careful and know what is behind it.”

Dragan Popovic, director of the Center for Practical Policy, told N1 that „Vulin has crossed all lines. That is nonsense to come out with something that sounds so serious. No one believes him, but he is raising panic among SNS voters.“

„MUP, BIA and the entire security apparatus of this country will not allow the election day to pass like that and will not allow anyone to play with the freely expressed people’s will. We warn those who organised this, planning this… that it would be much better for them to give up,“ Vulin said.