Joint VS and US Army airborne exercise in southern Serbia 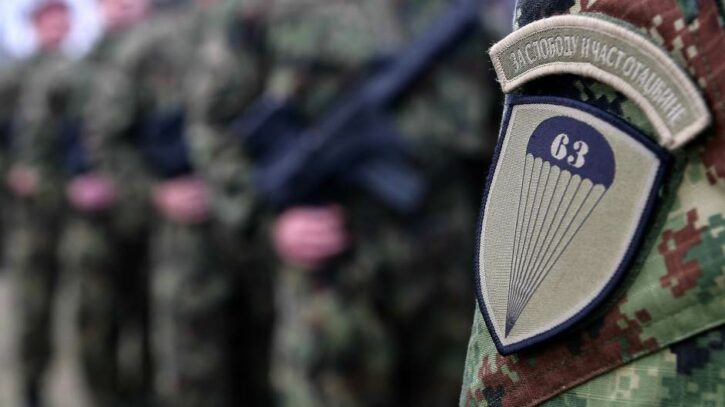 The joint Army of Serbia (VS) and US Army Europe and Africa force's airborne exercise is held in the southern city of Nis and the broader region of Leskovac, Serbia's Defence Ministry and US army said on Tuesday.

The exercise, involving the 173rd Airborne Brigade of the US Armed Forces and VS 63rd Parachute Brigade, aims to improve interoperability and mutual understanding at the tactical level during humanitarian operations to supply the endangered population from the air.

More than 150 parachute units will practice tactics, techniques, and procedures for special and ordinary landing, ejecting cargo from an aircraft, and securing the landing area.

The Ministry’s statement added that during such exercises, the members of the armed forces would exchange knowledge and experience and improve their ability to perform specific tasks in assisting vulnerable populations and multinational peace support operations.

US Army Europe and Africa press release said that „the Skybridge airborne exercise allows our partners to connect – personally, professionally, technically and tactically – to create stronger, more capable forces. During the exercise, U.S. service members will work with the Serbian armed forces’ 63rd Parachute Brigade and Serbian air force to conduct an airborne exercise involving a humanitarian assistance scenario. The event allows the U.S. and Serbian militaries to work together in areas of mutual interests and to build relationships that contribute to regional peace and stability,“