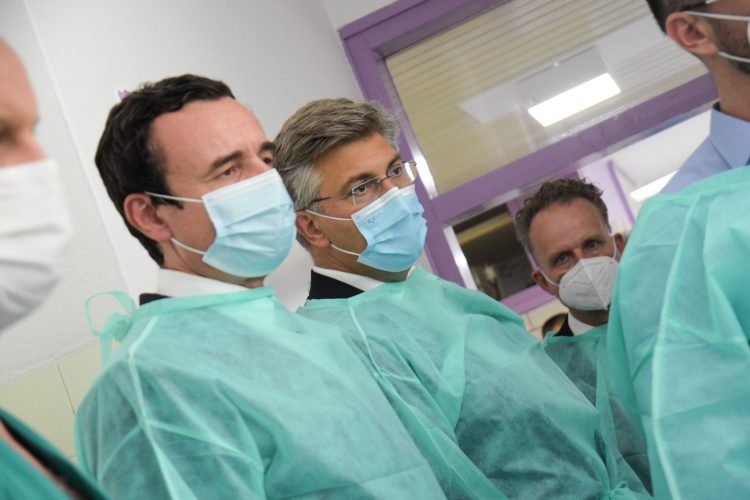 The bus with Kosovo licence plates, with 67 passengers and two drivers on board, was en route from Frankfurt, Germany to Kosovo, when it ran off the motorway near Slavonski Brod at around 6.20 am on Sunday, killing nine passengers and the driver who was not behind the wheel at the time.

The authorities have opened an investigation into the accident and arrested the bus driver who was on call at the time, after he had admitted he dozed off behind the wheel for a moment.

Kurti, accompanied by Kosovo’s foreign minister, interior minister, health minister and presidential chief of staff, flew to Slavonski Brod on Sunday evening aboard a Croatian army helicopter deployed in Kosovo as part of the KFOR peacekeeping mission. He was welcomed by the Croatian Prime Minister, Andrej Plenkovic, who had visited the injured passengers in the Slavonski Brod hospital earlier in the day.

This is a difficult day for Kosovo, Kurti said, extending his condolences to the families and friends of those killed, and thanking Plenkovic for the assistance provided by the government and staff at the Slavonski Brod hospital where the majority of the injured hospitals are treated.

Monday will be declared a day of mourning in Kosovo, Kurti confirmed.