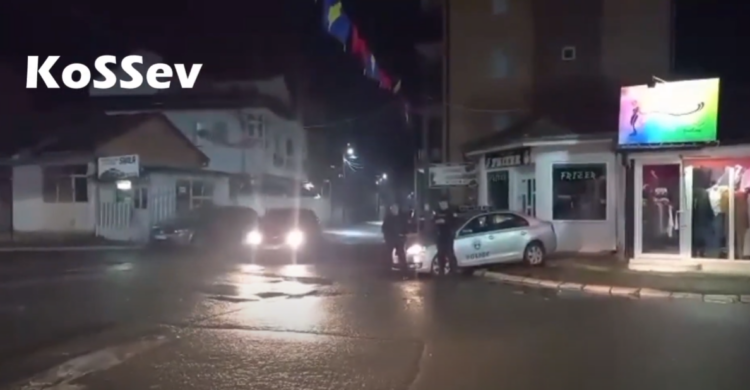 Kosovo police members of Albanian nationality were deployed Thursday evening in northern Kosovska Mtrovica, in an effort to increase their presence in city areas inhabited by an ethnically mixed population, including ethnic Albanians. The aim of these units’ deployment is solely “the protection of ethnically mixed parts of the city following a number of complaints by Albanians from the north that they do not feel safe,” Kossev was told by the Kosovo police.

Soon after the Kosovo Police announcement that they would increase their presence in the north, and in the midst of the latest tensions following the Tuesday incidents, a large number of police officers were present in North Mitrovica as well as in other parts of the city.

“In the last few days, following a series of armed assaults on police officers and citizens in the north of the country, it is necessary to increase police presence in order to provide security for all citizens,” Svecla wrote on Facebook, asking the people to remain calm and cooperate with the police.

At least two incidents took place Tuesday in Zubin Potok and North Mitrovica, when, accompanied by the police, newly-appointed members of municipal election commissions attempted to enter the premises of the Municipal Election Commission in North Kosovo.

The incident in Zubin Potok ended peacefully, with the intervention of the police, while, according to official sources, two explosive devices were thrown at the premises of the Municipal Election Commission in Mitrovica, one of which exploded.

N1’s reporter said Friday morning that there are no Kosovo police members in the three multi-ethnic settlements in north Kosovska Mitrovica.

Petkovic: Belgrade to consider returning its security forces to Kosovo

Petkovic said that, in the light of the latest incidents, Belgrade would “consider returning up to 1,000 of our own security forces to Kosovo and Metohija, as stipulated by UN resolution 1244.”

“President Aleksandar Vucic has repeated many times he would not allow a new pogrom… I do not think they understood him well, particularly those in the West who should reign in Pristina,” Petkovic told a media conference on Thursday evening in Belgrade.

“I hope they will understand after what happened tonight, those who should reign in Kurti, what this message means and how important it is: we want to preserve our people and will not allow our people to suffer, to be persecuted, harassed or killed,” said Petkovic.

“And everyone knows this very well and they are all playing dumb and obviously allowing Albin Kurti these very dangerous operations that are aimed at burying the Brussels Agreement,” said Petkovic.