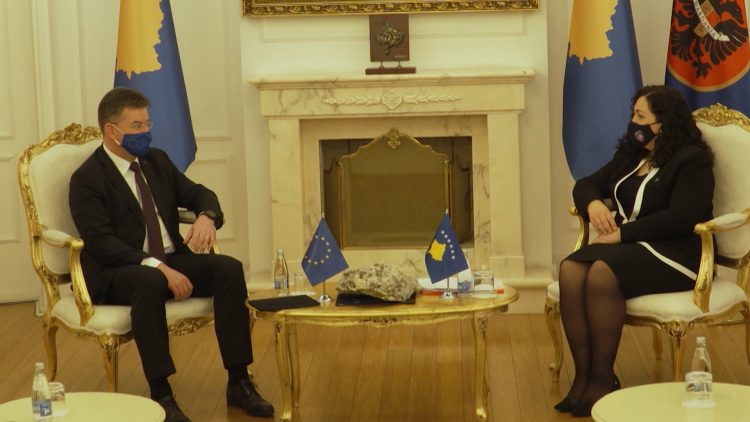 Miroslav Lajčák, the European Union envoy for the Belgrade – Pristina dialogue on the normalisation of relations, said Friday that no one would ask Kosovo to negotiate its constitutionality, territorial integrity and internal functionality.

After meeting Kosovo’s President Vjosa Osmani in Pristina, at the end of his three-day stay in Kosovo, Lajčák tweeted the two had a good exchange of opinions.

Had a very good exchange of views on the EU-facilitated Dialogue and regional developments with President @VjosaOsmaniPRKS. I welcome her interest and assessments. pic.twitter.com/BE23uRvod2

Osmani said Pristina was willing to continue the dialogue but reiterated it should end in “mutual recognition without any say regarding Kosovo’s constitutional order or its territory.”

She said Kosovo had offered concrete suggestions and had implemented everything agreed so far while accusing Belgrade of the disrespect of the agreement.

Osmani added Kosovo had offered concrete suggestions and had implemented everything agreed so far while accusing Belgrade of the disrespect of the agreement.

However, she did not mention the Community of Serb Municipalities (CSM) agreed upon in 2013 as a part of the Brussels Agreement, but still hanging in the air.

Kosovo maintains Serbia has not fulfilled a deal on energy and some other agreements.

Pristina earlier said the CSM would be on the table after Serbia recognised Kosovo independence, while Prime Minister Albin Kurti rejected any institution created by an ethnic community.

Belgrade says it will never recognise the independence its former southern province declared in 2008.

Some hundred countries, including the US, UK and all but five EU member states, have recognised Kosovo as an independent country.