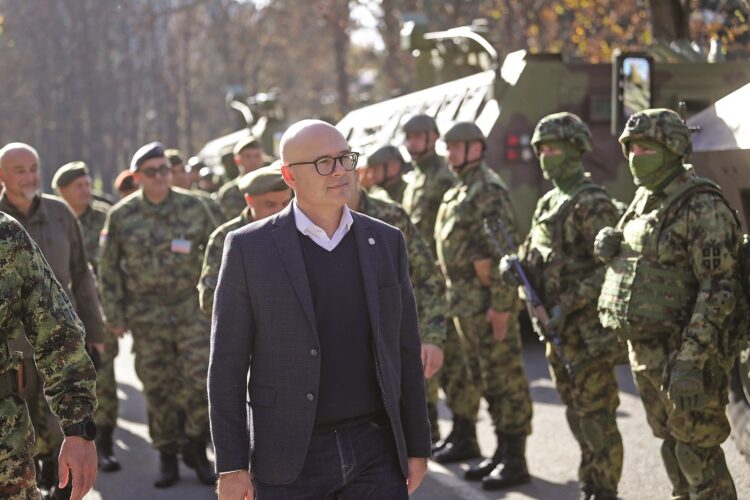 Serbian Defence Minister Milos Vucevic said that introducing of mandatory military service is a political decision, which will be based on the assessment of the most responsible and expert people of the ministry and the general staff, adding that he is ready to take the responsibility to suggest an appropriate solution to the President of Serbia, the Government and the Assembly, once the necessary analyses are completed.

“This cannot be a question of whether this topic is popular among the public and whether they express themselves positively or negatively about it on social networks. The only meritorious thing will be whether it is in the interest of the defence of Serbia or not,” said Vucevic in an interview with the Odbrana magazine.

Speaking about equipping of the army, he said that certain funds were ordered and paid for from Russia before the start of the conflict in Ukraine, but due to the sanctions in force, they could not be delivered.

“This does not harm Russia in any way, but only Serbia, and we are aware of that, as well as those countries that do not allow this delivery. On the other hand, some items of Western production are not delivered either, even though they have been properly paid for, for reasons that we do not understand enough,” the minister stressed.

Vucevic also expressed belief that the talks that Serbian President Aleksandar Vucic is having with the leaders of Western countries will soon bear fruit and that the problems related to these deliveries will be overcome.