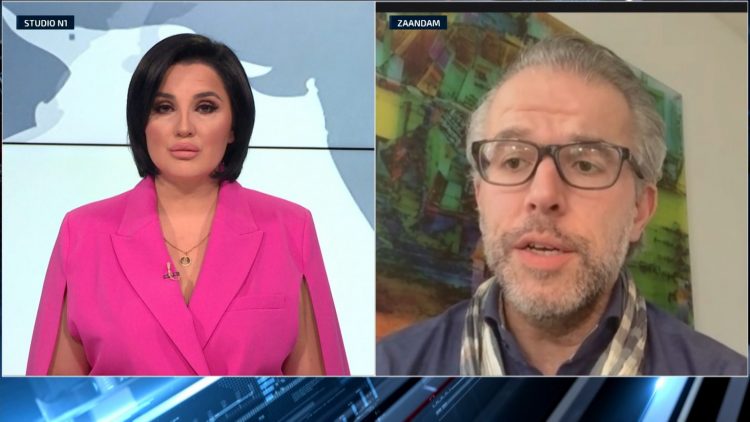 After the EU Parliament called on the Council of Europe to impose sanctions on Bosnia and Herzegovina’s Serb Presidency member Milorad Dodik and his associates, a Dutch MEP, Thijs Reuten, spoke exclusively for N1, noting that Europe is still divided on this issue.

“Some members still don’t want to talk about sanctions. From its annual report, The EU Parliament concluded that it would apply direct sanctions against Dodik and his associates because his rhetoric didn’t remain only in words, but that he took certain steps that undermine the integrity of Bosnia and Herzegovina. These are bad signs and the EU must start speaking with the same voice to combat this,” Reuten said.

When asked what the sanctions would apply to, Reuten said more will be known Monday when a new meeting of foreign Ministers with the EU Foreign Affairs Committee will be held.

“It is my opinion that all the conditions have been met to immediately impose restrictive measures on Dodik and his associates. Following the example of the Americans, these would be sanctions at the individual level,” Reuten concluded for N1.