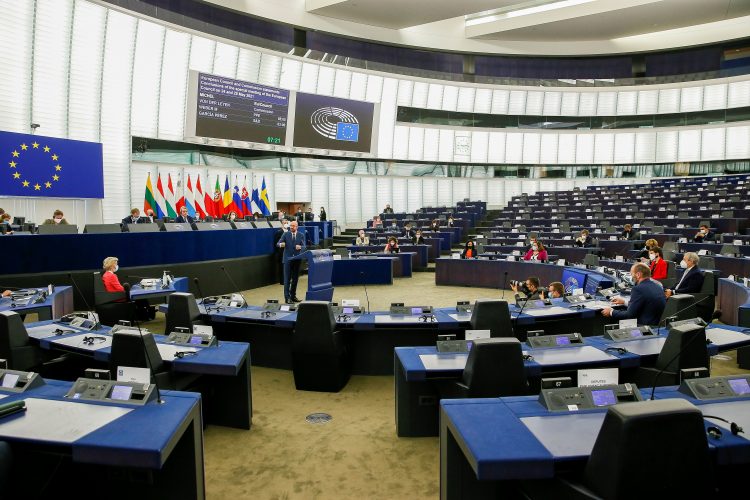 MEPs meeting in a joint session of several committees decided to expand the scope of protection against SLAPP law suits but failed to reach agreement on a clear definition, the European Parliament said in a press release.

“The committees agreed to include in the scope of protection media organisations, publishers, human rights and environmental activists next to journalists, NGOs, academics and civil society. However, the clear definition of “strategic lawsuits against public participation” (SLAPPs) is still to be agreed on,” it said following a September 2 joint session of the European Parliament lead Legal Affairs (JURI) committee and the EP lead Civil Liberties, Justice and Home Affairs (LIBE) committee with a total of 430 amendments tabled. The vote of the report will take place at the end of September.

Manon Aubry (GUE/NGL, France) MEP stressed the need to protect victims of SLAPPs across Europe and noted that the committees have to try and protect a wide range of victims of SLAPPs including politicians taking into account a diversity of possible abusive lawsuits while fellow MEP Ramona Strugariu (Renew Europe Group, Romania) pointed out the need to have a clear and inclusive definition of ‘public participation’. Clare Daly (GUE/NGL, Ireland) said that procedural safeguards should not be limited to cross-border cases. The draft report includes proposals for a civil procedure in cross-border cases which should foresee the possibility of dismissing abusive lawsuits and other actions in court which aim to prevent public participation, to adopt sanctions and a right to damages.

The press release recalled that two European Parliament committees drew up an own-initiative report to ask the European Commission to adopt a set of legislative and non-legislative measures to tackle the issue of abusive litigation practices in Europe. The Legal Affairs (JURI) and the Civil Liberties, Justice and Home Affairs (LIBE) committees joined forces to present a draft report on Strengthening Democracy and Media Freedom and Pluralism in the EU: the undue use of actions under civil and criminal law to silence journalists, non-government organisations (NGOs) and civil society at a hearing on 3 June 2021.

The draft report defines SLAPPs as legal actions (e.g. lawsuits, injunctions, asset freezing) based on civil and criminal law (defamation, libel, tax fraud, etc.) to prevent or
delay reporting on breaches of EU and national law, corruption or other fraudulent practices, or to block public participation. SLAPPs aim to intimidate or drain the financial resources of journalists and other rights defenders to force them to silence through the judicial procedure itself, or to lead them to self-censorship, therefore preventing participation in democratic life.