Merkel to Western Balkans PMs: Berlin Process is not a substitute for EU 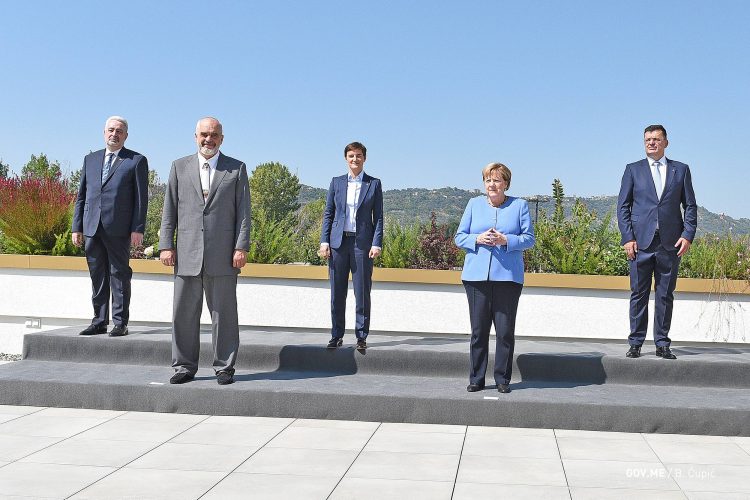 The outgoing German Chancellor Angela Merkel said after a joint meeting with the prime ministers of the Western Balkans in Tirana on Tuesday that the Berlin Process was not a substitute for the European Union membership and that she did not consider it a failure.

Merkel is on a farewell tour of the region, and after meeting Serbia’s President Aleksandar Vucic in Belgrade on Monday, she had talks with prime ministers from Serbia, Albania, Montenegro, Northern Macedonia and Kosovo – Ana Brnabic, Edi Rama, Zdravko Krivokapic, Zoran Zaev and Albin Kurti, as well as with and Chairman of the Council of Ministers of Bosnia and Herzegovina Zoran Tegeltija.

At a news conference with Rama, Merkel said she supported forming a common regional market.

Rama said the Open Balkans initiative was born from the Berlin Process to accelerate it and help its realisation.

He added it was „unbelievable that Kosovo does not use this initiative,“ which includes Serbia, Northern Macedonia and Albania.

Merkel reiterated that Germany was interested in integrating the Western Balkans into the EU and congratulated Albania on its efforts to restructure the judicial system.

She said Albania and Northern Macedonia fulfilled conditions for the opening of negotiations with the EU, but that, „unfortunately, that was not achieved due to the Bulgarian veto.“

Merkel also said that important infrastructure projects and climate change were also discussed, that the talks were constructive and would continue at bilateral meetings with the regional leaders.