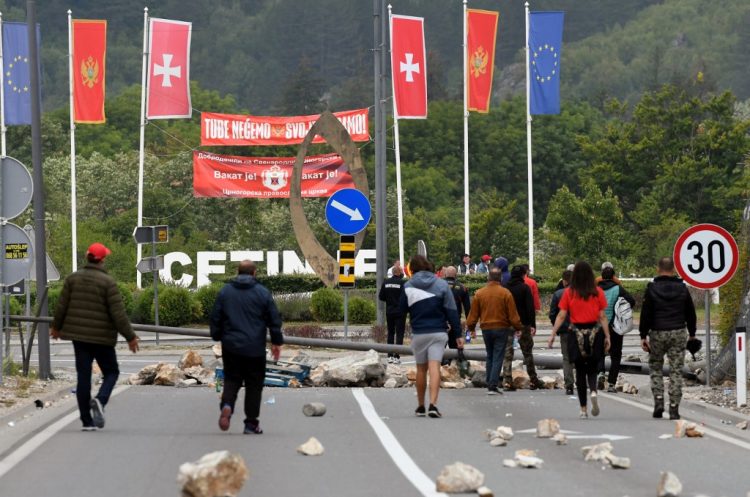 The Prosecutor's Office of Montenegro is investigating the attack on the N1 journalist crew during the riots in Cetinje in connection with the enthronement of the Montenegrin Metropolitan Joanikije as the Serbian Orthodox Church bishop for the area of Montenegro, the Prosecution told N1 Wednesday.

They that pre-investigation activities are underway to determine whether there are elements of a criminal offence that should be prosecuted ex-officio.

“We received a call from the prosecutor, to which we will respond,” said N1 reporter Aleksandra Tolj-Ruzic who was attacked.

The N1 journalist crew was attacked twice while reporting from the demonstrations in Cetinje. The first attack took place during a live broadcast of the atmosphere via the N1 BiH’s Facebook page when they filmed the atmosphere in the centre of Cetinje before the enthronement of Metropolitan Joanikije.

A group of young men, some of whom carrying batons, demanded that N1’s team stop filming. At the end, when reporter Tolj-Ruzic did not do as they said, they threw a hard object at them.

The second attack happened during a live broadcast for a television program, via Viber. The young men who had previously thrown hard objects at the team surrounded the journalist, asking her to delete the recording and stop filming, which they eventually did.

After the recording was stopped, they insisted on deleting the recordings, even though none of it was recorded by phone, but that it was broadcasted live. One of them poured water on the journalist, first from a bottle, and then from a bucket that the locals lined up so that passers-by could wash their faces in case police threw tear gas at them.

In the end, one of them, the person most visible in the video, stood in Aleksandra’s defence and took her to a house of a Cetinje family where the N1 team stayed until the police came to pick them up and escorted them out of Cetinje.