Montenegro’s President to DW: DPS’ll be back; It prevented Belgrade influence 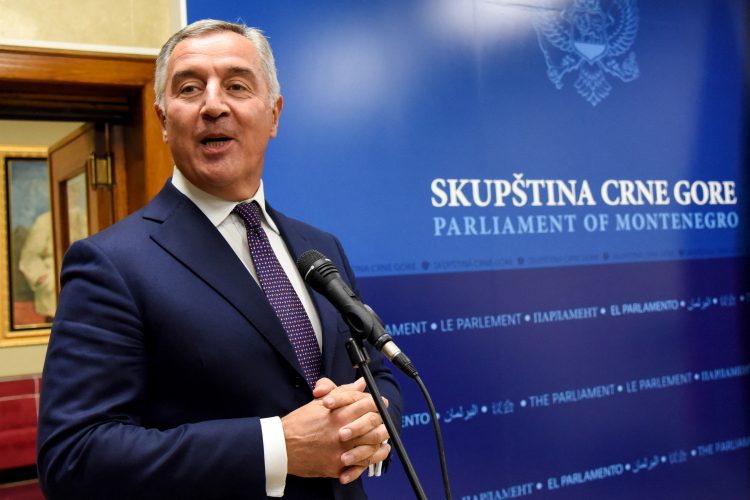 The most significant interest of Montenegro is to get a responsible government, and the Democratic Party of Socialists (DPS) will offer support to a minority government - with certain reasonable political conditions, Milo Djukanovic, the country's President, told Deutsche Welle in an interview on Monday.

He said he believed „that thanks to us, thanks to the state-building opposition, Montenegro managed to resist Belgrade’s offensive. After August 30, 2020, we went through a very aggressive offensive from Belgrade. Greater Serbian nationalism from Belgrade realised that the victory of their favourites opened the door for a new annexation of Montenegro, this time through the ‘Serb World’ project. That did not happen because we had a state-responsible opposition led by the DPS.

The ‘Serb World’ is a term invented by Serbia’s Interior Minister Aleksandar Vulin to express the need for unity among the Serbs living anywhere. He denied it had roots in the ‘Greater Serbia’ idea.

Djukanovic’s DPS lost elections in 2020 after three decades in power. Still, the winning coalition mandate lasted until this month. It was now to agree on a minority cabinet to avoid early vote after the post-election government led by Zdravko Krivokapic did not survive a no-confidence vote on Friday.

Montenegro’s President told DW his country was now „in the process of consolidating power.“ “ He ruled out DPS’ participation in a new cabinet but said the party would come back. „…there is no doubt about that. Will it be now? In a year, two, three? There is no hurry… But we also show responsibility from the opposition benches.“

The statement could strengthen fears among the former coalition partners, some of which had already said that since DPS supported the ouster of Krivokapic’s cabinet, it meant the party’s whose opponents joined to defeat would return to power.

„We will support any government that will preserve the civic and secular character of Montenegro, promote multiethnic democracy and contribute to dynamic economic development, so that Montenegro, as a democratically and economically developed country, will be part of the European Union soon,“ Djukanovic told DW.

He recalled that DPS had offered support to a minority government even after the last elections, believing that „it will be hazardous for Montenegro if the ruling coalition becomes so dependent on Greater Serbian nationalism.“

According to Djukanovic, the previous government consisted of three coalitions, „one of which was pro-Serbian and that if it were to determine the state policy, it would be perilous for Montenegro.“

Djukanovic reiterated his party’s support of a future minority government. „(A minority cabinet) of civic coalitions, that want to help Montenegro move towards Europe. We will not participate in it.“

„It took time to understand that not every change means a change for the better. Change can be worse. Montenegro has now undergone one positive change. But that does not mean that the DPS will automatically return to power… We understood the message of the voters very clearly; we have been working hard for a year to eliminate weaknesses and reform the party,“ Djukanovis said.

He added he thought „Montenegro has learned another lesson and that now, after that experience, it will decide smarter its future.“ .