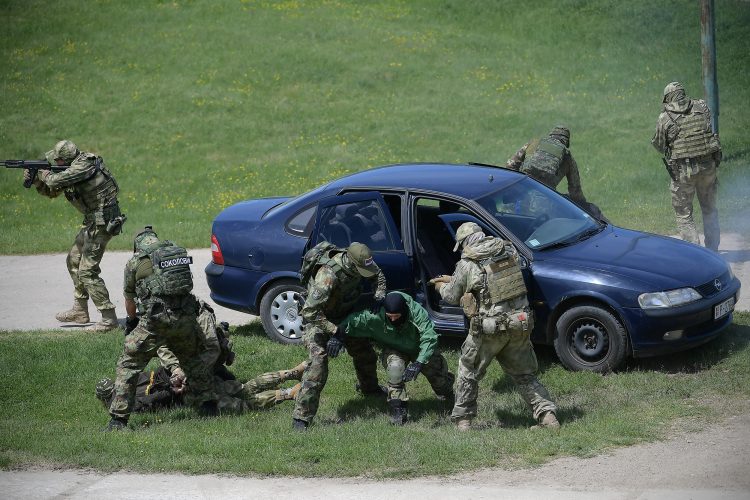 The Defense Ministry said on Thursday that Serbian military personnel are taking part in the Platinum Wolf 21 exercises with armed forces personnel from nine other countries in southern Serbia.

The exercises, out of the Jug base outside the town of Bujanovac, is being held to train in tactics, techniques and procedures with weapons systems in multi-national operations, a press release said. “The goal of the exercise is to improve interoperability and mutual understanding between the armed forces of partner countries at tactical level during operations in support of peace in a multi-national environment,” it said.

The Platinum Wolf exercises have been organized in Serbia since 2014 to prepare for multi-national operations and develop the Jug base as a regional training center. This year’s exercises include armed forces personnel from Bosnia-Herzegovina, Bulgaria, Greece, Hungary, Romania, the US, Slovenia, Great Britain, France and Serbia.