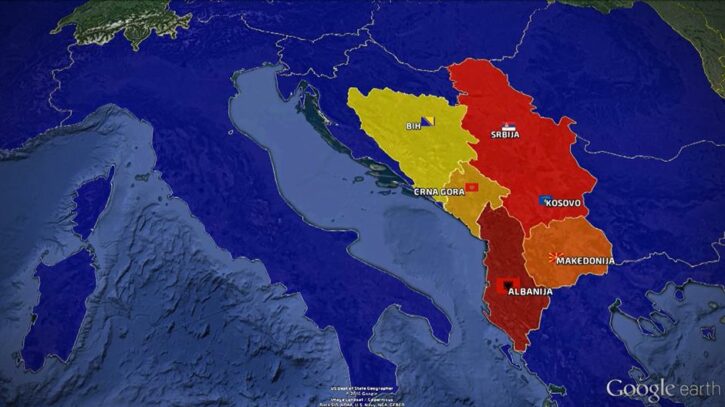 Ministers and diplomats attending a panel debate on the Western Balkans in Munich agreed that Europe must take more resolute action in that region before third countries like China and Russia do so.

The panel debate on the Western Balkans was held in the Bavarian capital a day before the start of the Munich Security Conference, and it was attended, among others, by Croatian Foreign Minister, Gordan Grlic-Radman, the international community’s High Representative for Bosnia and Herzegovina (BiH), Christian Schmidt, former US Ambassador to BiH Eric Nelson, and BiH Foreign Minister Bisera Turkovic.

“The fact that the Western Balkans and Bosnia and Herzegovina are among the topics of this important conference proves that the international community is focused on that area,” Grlic-Radman said before the event.

He said that narratives about the need to hold elections in BiH at any cost, without a prior election reform, were wrong and would result in BiH’s further destabilization or even radicalization.

Even though the topic of the panel was the Western Balkans, speakers focused on BiH. The debate was held according to the so-called Chatham House Rule, meaning that participants are free to use the information received, but neither the identity nor the affiliation of the speaker(s), nor that of any other participant, may be revealed.

Speakers at the Munich panel agreed that the Balkans today is at a crossroads and that its instability has repercussions for the security of all of Europe.

Bosnia and Herzegovina has been in a fundamental crisis, one of the deepest since the end of the war in 1995. Polarization is growing and the EU’s ability to spread its values and protect the neighborhood from third actors is being questioned, while the country’s population is tired of the European integration process despite Europe’s financial and technical assistance, a panelist said.

A participant said that BiH should have already been admitted to the EU, and that the crisis in the country, if it continues, could spread to the entire Europe.

It was underlined that it is not up to Western countries to determine the future of Balkan countries but rather support their aspirations, as well as that in geopolitics there is no vacuum and that where there is room, third powers like China and Russia step in.

Europe’s role is to prevent a repetition of the horrors of the 1990s, it was said.

Citizens are frustrated but they are not emigrating to Russia and China but Europe. They are frustrated because Europe is not coming to them and they have to leave their own countries, a panelist said.

It was also said that the topic of corruption in BiH must be discussed more openly because the country does not prosecute such crimes, which leads to a further exodus of its population.