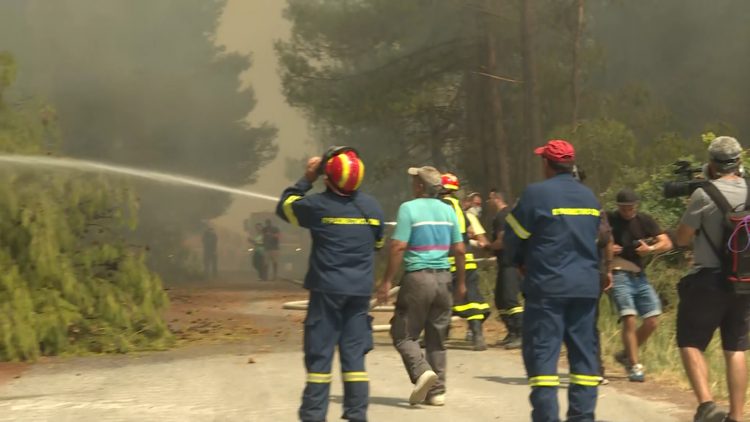 An N1 TV crew reported that the woodlands on the Greek island of Evia have been devastated by fire.

“We went through all of Evia and the extent of destruction in the pine woods are huge, the landscape is devastated. Acres of pine forest have been destroyed over a huge area,” N1’s reporter on the island said. He was told by firefighters that the winds were fortunately northerly, preventing the fire from spreading to central and southern parts of Evia which is also covered in pine forest.

Evia is the second largest Greek island, covering an area of 3,684 square kilometers with a permanent population of some 200,000 people and a large number of summer homes. It is in southern Greece, northeast of Athens.

The N1 reporter said that some 450 Serbian tourists had been evacuated from the island. He added that parts of the island are safe from the fire.

According to the N1 crew, parts of the woodlands have been sacrificed to stop the fires from spreading. The crew saw Slovak firefighters downing trees and hosing surrounding areas to stop the blaze. The reporter said that they saw firetrucks running out of water, adding that the local population is fiercely critical of the government saying it did not organize the firefighters properly. Some said that Greek firefighters asked the government before this summer’s heatwaves for 17 million Euro to buy equipment but were given only 1.5 million.

Ukrainian firefighters were seen battling the blaze with their Serbian counterparts.