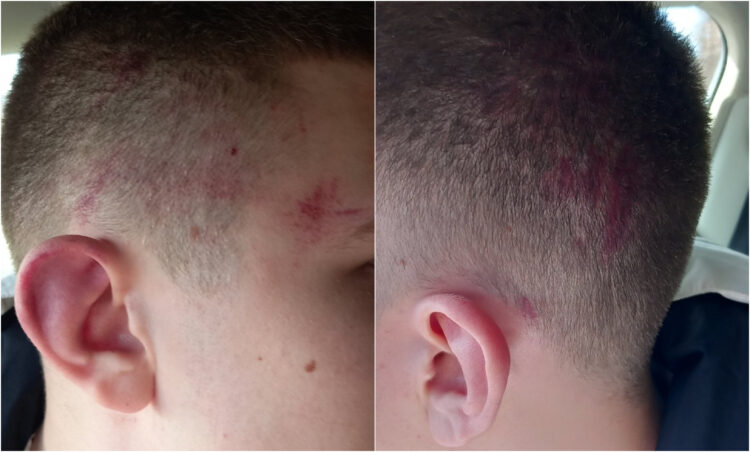 A Serbian boy named Lazar M. (15) was allegedly beaten by four older Albanians in the ethnically mixed neighbourhood of Suvi Do, Serbia's Office for Kosovo announced.

„He left the house on foot this morning when he was hurled at out of a moving car, in Albanian. The child lowered his head, which was a sign to the Albanian extremists that he did not understand the language and that he was a Serb, so they stopped the vehicle and beat the boy up,“ said the Office for Kosovo.

„Accompanied by his father, he came to the hospital in Kosovska Mitrovica with visible head injuries, hematomas and scratches, as well as a bruise under the eye, and according to him, the attackers hit him several times in the chest and stomach area. A complete diagnosis was made on him and he was discharged for home treatment,” said the Office for Kosovo.

The director of the Office for Kosovo, Petar Petkovic, spoke with the father of the injured boy, supported him and offered all the help of the Office.