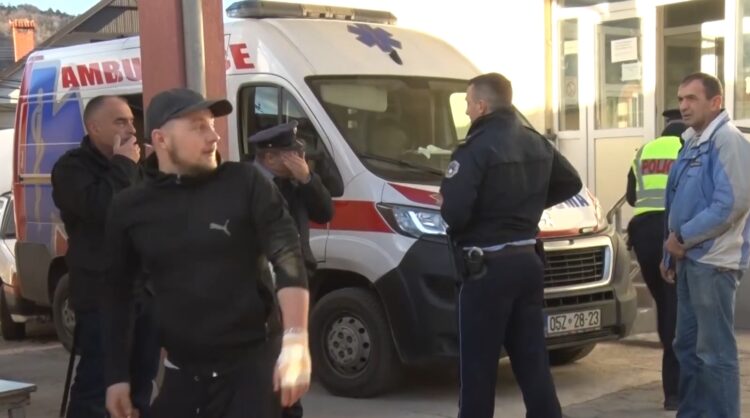 Two Kosovo Serbs, cousins Stefan Stojanovic (11) and Milos Stojanovic (21), were wounded Friday near Strpce, Kosovo, when a local Albanian opened fire on them from a moving vehicle, said the Serbian Government’s Office for Kosovo, noting that the attack was unprovoked. The Kosovo Police also confirmed the information, adding that they are both stable and that the police investigation is under way.

The Kosovo Police said a man identified by the initials M.K., suspected of injuring the two Kosovo Serbs, of whom one is a boy, has been arrested.

The Office for Kosovo said that, at the time of the attack, the two Serbs we walking on the side of the road and carrying a yule log. The Serbian Orthodox Church is celebrating Christmas Eve on Friday. The faithful traditionally gather in front of their local churches in the evening to light yule logs before a midnight service.

The Office said the two Serbs have exit wounds and that they have been taken to the Gracanica hospital.

Prime Minster Kurti condemned the attack on the two Serbs in Strpce. Kurti wrote on Facebook that he was deeply concerned about their injuries, that he wishes them a speedy recovery, and that the arrested suspect will face justice.

“This kind of attack is a direct consequence of (Kosovo Prime Minister) Albin Kurti’s anti-Serb policy – with his behavior and his moves he encourages all those who want Serbian blood, even on Christmas. We demand the international community’s swift and decisive reaction,” said the Office for Kosovo.