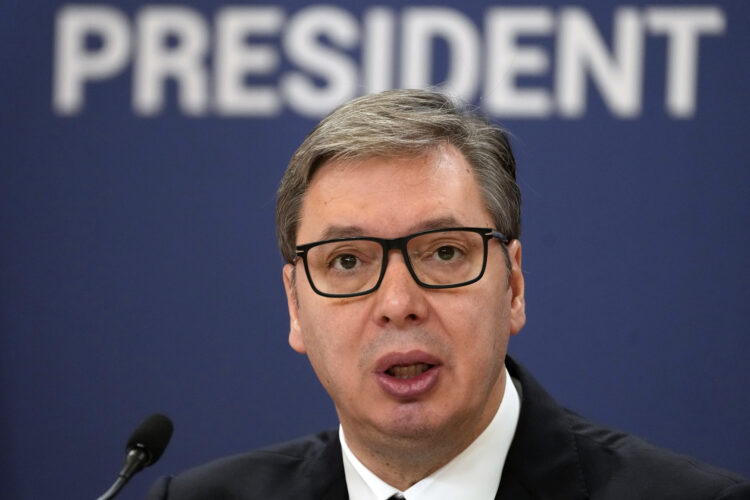 Former Serbian President Boris Tadic estimated that the offered agreement to resolve the status of Kosovo can enable Kosovo's membership in the UN, even if this is not explicitly stated in the text itself. He added that it is unacceptable for the President to express his readiness to accept the agreement without consulting the competent institutions. A similar problem was pointed out by the Dveri movement and the NADA coalition. Dveri asked for an urgent Assembly session, where MPs would be informed about the content of the agreement. The leader of the League of Social Democrats of Vojvodina, Bojan Kostres, is currently the only one who asked the President of Serbia to sign the French-German plan for Kosovo.

„As far as I’m aware of the agreement that is being offered, I once again publicly point out that such an agreement may indeed enable Kosovo’s membership in the UN, even if it is not explicitly stated in the text itself,“ Tadic Tweeted.

According to him, the German proposal that was brought by the then-German Chancellor Angela Merkel during his term of office „was nowhere near as dangerous for the preservation of the territorial integrity of Serbia as this agreement.“

The leader of the People’s Party, Vuk Jeremic, wrote on Twitter that „‘accepting the concept of the agreement,’ which implies that Serbia agrees with the international equality of ‘Kosovo’, is an extremely dangerous step. From that, Pristina’s seat in the UN can be reached overnight, even if that is not Vucic’s intention. It is tragic that he didn’t write to Moscow and Beijing“.

The Dveri Movement requested the urgent convening of a session of the Serbian Parliament, where President Vucic would inform the deputies of the details of the Franco-German plan for Kosovo „as well as the dangers and challenges that would be placed before Serbia if it does not accept that proposal“.

The NADA coalition, consisting of the New DSS and POKS, asked the President of Serbia to urgently inform the citizens about the content of the so-called Franco-German agreement, that is, the EU plan for Kosovo.

President Vucic was asked on the basis of which powers and which decisions of the competent authorities did he assume the obligation, meaning, express the readiness for Serbia to accept the concept and to work on the implementation of the proposed agreement?

The leader of the League of Social Democrats of Vojvodina, Bojan Kostres, is currently the only one who asked the President to sign the French-German plan for Kosovo.

Kostres asked Vucic to stop playing with the future of the citizens of Serbia and to stop leading an indecisive policy, but to save Serbia from new sanctions, economic decline and destruction.