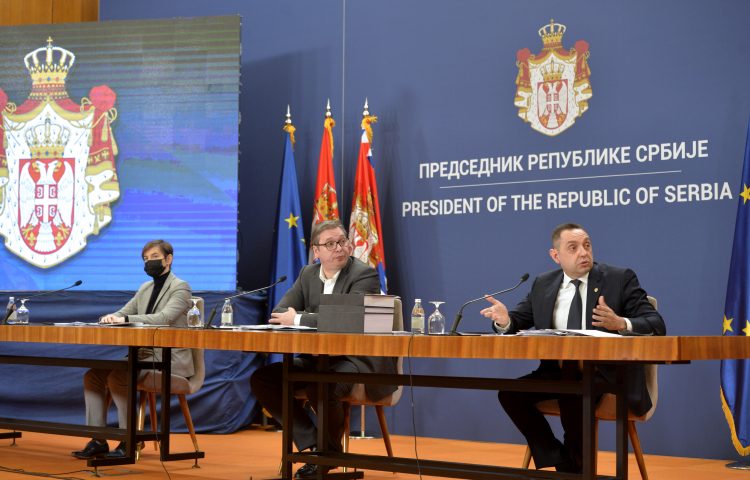 Before presenting the photographs, Vucic and Vulin warned that they were about to show disturbing images and that they did their best to protect the identity of the victims.

The naked body of a murdered young man who has a tattoo on his leg which indicates that he is a fan of FK Crvena Zvezda (Red Star), can be seen in one of the photos. The wounds on the body indicate that the young man was tortured before his death.

Next, they presented the decapitated body of a young man, believed to be a fan of FK Partizan.
They also showed photos of a large amount of seized firearms and ammunition.

They explained that the investigation against Belivuk’s group was conducted in relation to three murders and that now it is being expanded to include a fourth.