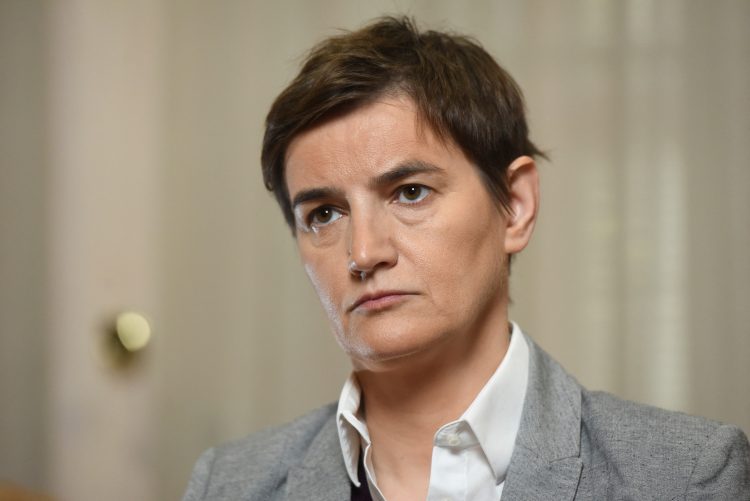 Serbian Prime Minister Ana Brnabic said Friday that Kosovo Prime Minister Albin Kurti’s actions have brought the Serbs and ethnic Albanians “to the brink of armed conflict,” and announced that, because of this, Serbia is close to deciding, in line with UN Security Council Resolution 1244, to demand the return of its troops to Kosovo.

“Not only the Brussels Agreement, but also the Kumanovo Agreement is being violated on a daily basis. We are close to demanding the return of our forces to Kosovo, under Resolution 1244, because KFOR is not doing its job. The Serbs do not feel safe, they are physically threatened, their lives are threatened, and this includes children in kindergartens,” said Brnabic.

The Prime Minister added that Serbian President Aleksandar Vucic would provide more details on the matter.

She said that everything Kurti does is a danger for the Serbs and Albanians, but also for Europe, adding that he does not work alone and that he has “help from partners in the European Union (EU), which is not reacting.”