Greece is one of five EU member states that have refused to recognise Kosovo as an independent state.

During the meeting, Osmani and Kurti underlined the importance of improving relations and „emphasised the significance of Kosovo’s recognition by Greece, as the next natural step towards further deepening relations.“

Kosovo officials have also called for Greece’s support in the EU visa liberalisation for its citizens, saying that process protects the EU credibility and should not be linked to other issues.

Osmani and Kurti said that „Kosovo remains steadfast in its Euro-Atlantic orientation and its goal of NATO, UN and other international organisations membership.“

The statement added that intensification of cooperation between Kosovo and Greece, especially in security, trade, and culture, was also discussed. 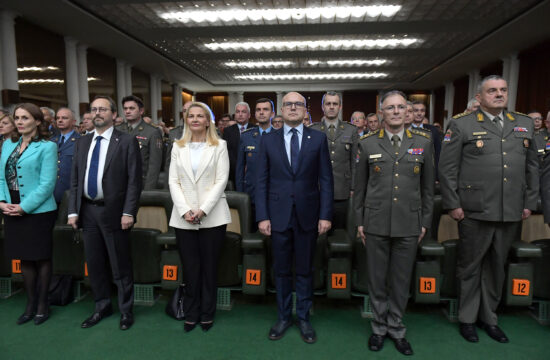