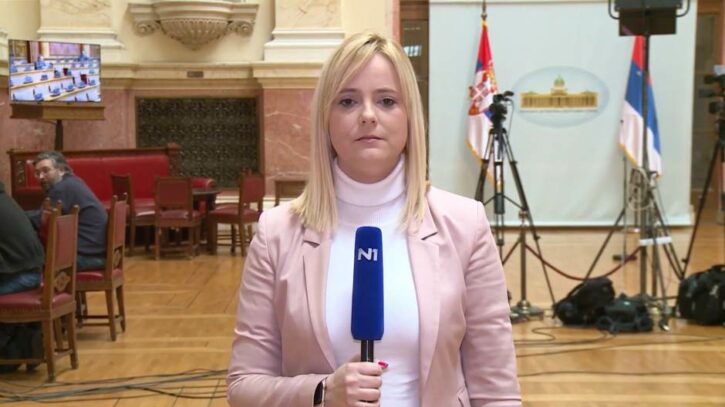 The editor in chief of pro-regime tabloid has been sentenced for insulting N1 reporter Zaklina Tatalovic.

Lawyers confirmed that a Belgrade court sentenced Informer editor in chief Dragan J. Vucicevic on criminal charges of intentionally insulting and demeaning Tatalovic repeatedly on his Twitter profile in April 2021. The court ruled that Vucicevic’s intention was to demean and insult her and ordered him to pay a fine of 200,000 Dinars (1 Euro – 118 Dinars). If the fine is not paid, Vucicevic faces six months in jail.

Yet another pro-regime tabloid was fined on Friday. The Belgrade High Court ruled that the pro-regime tabloid Kurir violated the honour and reputation of Sasa Ilic by describing him as a „war instigator, supporter of war ideology, unrest and suffering“ in the Balkans“ in an interview.

Ilic is the author of ‘Dog and Double Bass’ novel awarded the independent NIN literary reward.

The Court said the tabloid’s editor „are obliged to publish the verdict on their website without a comment, as well as to pay the awarded compensation for non-material damage.“

Vucicevic published pictures of Tatalovic with offensive remarks about her appearance. The tweets were condemned by Serbia’s Equality Commissioner Brankica Jankovic as “sexism which is impermissible in public communication”.

Vucicevic and his tabloid are among the fiercest supporters of President Aleksandar Vucic and his regime. Informer is considered to be one of the regime’s primary propaganda outlets which often fiercely criticizes the opposition as well as the West.